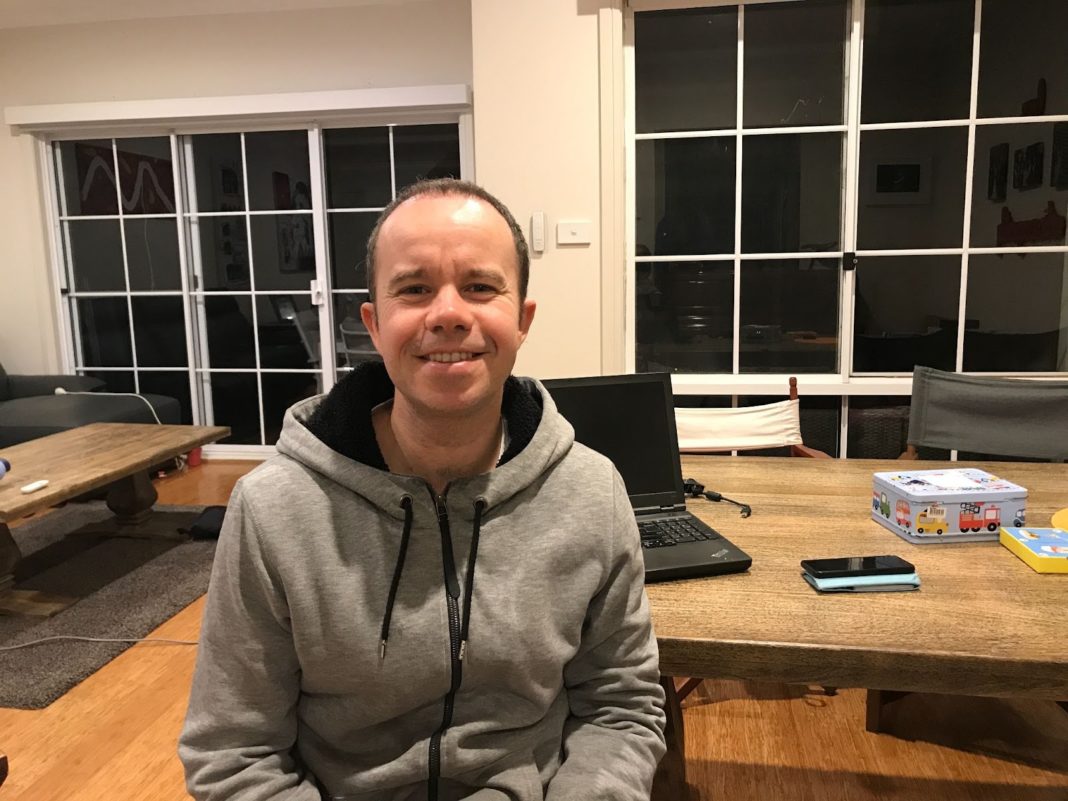 Courtenay Farquharson was a contract engineer for Microsoft Azure’s infrastructure for years before he noticed something odd. No one had created a DevOps backup program for the service, meaning any error or hack could erase an enterprise’s expensive custom code. It was a catastrophe in waiting, and Courtenay decided to fix it with his startup, Backrightup.

In 2020, Courtenay shared Backrightup in the largest Azure DevOps forum, set up a self-service paywall, and immediately heard from the largest telecommunications company in Australia. As of writing this article, he earns $270,000 ARR from four enterprise clients and a handful of small-to-medium-sized businesses. Protecting code might not sound like fun, but it’s lucrative.

Contractor By Day, Founder By Night

After one year, Courtenay left i5 and moved to Australia to work full-time as a Microsoft infrastructure consultant. For five years, he managed Azure DevOps with local enterprise clients including FCMG, Microsoft, and Vodacom. On the side, he built and sold two small startups in 2015 and 2020 for a combined total in the low seven figures. One was an email extraction tool and the other a dog food ecommerce company.

DevOps, for non-coders, is a set of practices combining software development (Dev) and IT operations (Ops) to shorten the time taken to develop and launch new products. DevOps includes development frameworks like Agile and tools to speed up processes like automation.

Cloud computing is particularly important for the automation side of DevOps. Automations need large amounts of server space – too much to be affordable for an average startup. The advent of cloud storage made it possible to host DevOps automation tools on third-party servers everyone could use, including startups lacking server space.

Even though DevOps tools are increasingly important in tech, few platforms support software development, security, hosting, and operation in one place. The three biggest all-in-one DevOps hosting applications today are Bitbucket (owned by Atlassian), GitLab, and GitHub. Microsoft recently acquired GitHub for Azure DevOps to the tune of $7.5 billion³ in 2018. “Microsoft now owns the biggest sources of code on the planet,” says Courtenay.

After acquiring GitHub, Azure became increasingly relevant because it could host public DevOps automation tools and support their operation. Before this point, Azure was more frequently the domain of large enterprises using internal automation tools.

This acquisition pushed Azure’s growth higher than ever before. Microsoft’s cloud service may have briefly surpassed coverage of the largest cloud provider, Amazon Web Services (AWS), briefly in 2021¹. Barron’s even published an editorial in June 2022 predicting Azure will soon eclipse AWS².

Despite its reach and prolific clientele, Azure still lacks the application ecosystem of its more seasoned competitors. While contracting for the largest food company in Australia, Courtenay noticed the Azure DevOps platform lacked applications for recovering lost company code.

“One day, the people at that company said to me, ‘Hey, can you find a way to back up this code source on Azure?’ I looked and there was nothing. I kept quiet about it because there wasn’t much I could do as a contractor,” says Courtenay.

Courtenay was surprised Azure didn’t atuomatically back up enterprise code as it’s usually a standard feature on the cloud. “Companies spend hundreds of thousands of dollars a year to build applications and mobile applications,” he says. “Once they lose that code, it’s gone forever and so is all of that investment.”

To Courtenay, backing up Azure DevOps was a simple problem with huge upside. Companies would pay handsomely to know their precious code couldn’t suddenly disappear. Once he completed his contracts, Courtenay created a basic data backup system and posted it on a popular forum for people in Azure DevOps.

“You can post ideas on the forum for what you’d like to see in the product. I think the fifth or sixth highest idea was, ‘Can we develop an Azure DevOps backup?’ I knew that other people wanted it too. I commented my application under that question.”

Within days, the largest telecommunications company in Australia commented on Courtenay’s post, curious to know more. “This company controls most of the landlines and internet infrastructure in Australia. They came to me about two days later and asked about the tool – but I was nowhere near ready to serve a customer that big. I told them I had the solution, but I needed to get back to them.”

Courtenay hunched over his computer and worked day and night to make his data backup tool enterprise-ready. The hard work paid off. At the end of the month, the telecom company became Backrightup’s first customer.

“The tricky part was figuring out how much to charge them,” says Courtenay. “It’s not a hundred-dollar-a-month kind of product. It’s more like a twenty-five to thirty-grand-a-year sort of product. Providing that much value to a large company like that means you have to position it a certain way. It was a sales lesson for me.”

With a large enterprise on a yearly subscription in his pocket, Courtenay created a more automated self-service platform for recurring revenue. He built a web portal where individual clients could enter their credit card information and immediately attracted hits there too.

“During my time at the pet food company, I learned how to rank for terms and write content and get backlinks,” he says. “The keyword, ‘Azure DevOps backup’ gets a couple of hundred hits every month. I knew if I could come up in the top four or five search results I would get a trickle of leads every day.”

In less than a year, Backrightup earned Courtenay more money than his full-time job. In early 2022, he hired two contractors. As of our interview, he was working towards a new enterprise contract with a large government entity in Canada.

Data loss is a growing problem for companies storing increasingly large amounts of code on the cloud. A surprising amount of the loss is from simple human error.

Big organizations typically work with outside contractors, which can create weak points.

“Big organizations typically work with outside contractors, which can create weak points,” says Courtenay. “We’ve had two clients come to us because some contractor deleted a code repository. The contractor thought the client had it and the client thought the contractor had it. In another case, a business was trying to migrate some code and they lost it. We even had one case where a customer had a dispute with their contractor and the contractor got upset and deleted the code.”

Internal loss occurs just as frequently. In 2017, GitLab famously lost 300 GB of data⁴ when an employee mistakenly wiped a primary database instead of a secondary database.

Though today Backrightup only performs backups for Azure DevOps and project management, in the future, Courtenay wants it to provide packaged backup options for all sorts of business data. “Say you use GitHub, JIRA, Office 365, or Gmail for business. You tell us which of those you want to back up and we could give you a price for the whole package.”

Courtenay’s past three businesses followed a common theme for bootstrapping: He found small yet necessary problems and fixed them.

At his dog food business, Courtenay saved dog owners the trouble of buying giant 15-kilogram bags of food every month – instead subscribing them to different flavors delivered to their door every week. At his tech startup, he created an efficient system for scraping emails from Excel spreadsheets and PDFs.

“I guess most of the businesses are utility-based. It’s not exactly super fun. It’s usually boring stuff,” he laughs. “But boring stuff makes good money.”

Courtenay says he takes inspiration from indie hackers like Nomad List founder, Pieter Levels, who create useful online tools to fund their lifestyle with few employees or operating costs. “I have no price I have to keep to make investors happy and I have no one else to please,” he says. “For me, it is important to have a great lifestyle business that lets me spend time with my kids.”