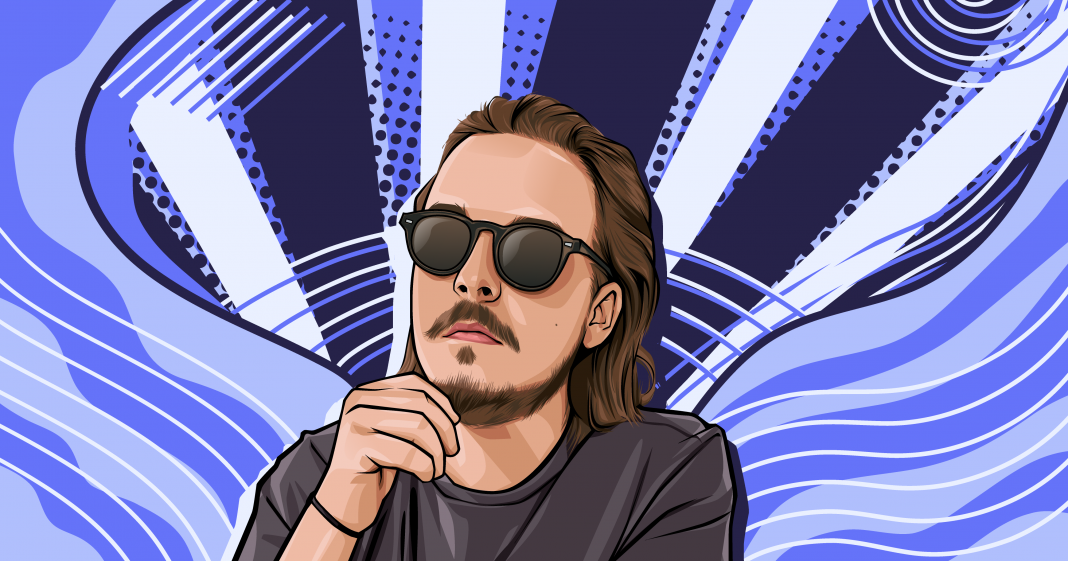 Today, we’re obsessed with the self-made entrepreneur. We laud the founders who skipped school and taught themselves how to do everything. Many of us hope that with enough effort, we could be just like them – ever-confident, resourceful, and able to soak up information and turn it into action.

But while some do well in the school of hard knocks, many more founders and entrepreneurs benefit from a little help. Dominic Monn is one self-taught coder who believes that in the internet age, you need a mentor. He created his startup, MentorCruise, to give others the mentorship he craved when starting his career.

By most measures, Dominic has built an extremely successful portal for tech newbies to find guidance today. After four years, his platform earns half a million in annual profit. But Dominic’s first three years of operation were treacherous. He nearly gave up multiple times until he solved one small problem with platform monetization that changed his fortunes entirely.

The Problem With Online Training Courses

Perhaps ironically, Dominic got his start as an AI deep-learning engineer with little coaching or mentorship.

Instead of attending university, Dominic left high school and began teaching himself to code through apprenticeships and online bootcamps. Though he finished each three-month bootcamp or short apprenticeship with new skills, he never found a clear career path.

“Once it came to job applications and career searches, I didn’t have any resources,” he says. “I needed someone in the industry to tell me how things work in real life.”

In his time of need, Dominic turned to the internet for mentorship and eventually converted his expertise into paid gigs. First as an intern at NVIDIA in 2017, and then as a deep-learning engineer at a startup called Loom.ai in 2018 (which was later acquired by Roblox).

But that slow start stuck with him. Many of his connections similarly bemoaned their difficulties finding careers in AI engineering, spending as much as $20,000 on bootcamps that couldn’t get them a job. That inspired Dominic to build the mentorship tool he’d wished for in his first five years.

Building the Mentor Half of MentorCruise

In 2018, when Dominic was 20, he created the first iteration of MentorCruise. At the time, it was a small platform where people could search for mentors to help with coding and career guidance. He direct-messaged prolific coders and compiled a shortlist of 100 people famous enough to be desirable mentors. Two of them were cybersecurity celebrity Adrianus Warmenhoven and former IBM engineer-turned-Twitter-celeb, Iheanyi.

“Iheanyi had about 20,000 followers at the time on Twitter, and that drove lots of initial traffic,” says Dominic.

“Most months I had only fifty dollar MRR gains. I thought it would take years to grow.”

Dominic encouraged his first cohort to post about their MentorCruise offerings on social media. “One week before launch, I sent them a link and told them to set up profiles on the platform. I ended up with about fifteen people on the platform ready to mentor right off the bat.”

Despite strong traffic in his first month, Dominic only recorded about five mentorship bookings, generating around $25 in commissions. Dominic pursued similar tactics for two years, steadily growing the business over the weekends by reaching out to new mentors and making small improvements. However, business remained relatively slow.

While he was elated to reach roughly $400 in MRR during year one, after year two, revenue still fluctuated between $300 and $700 every month. He wasn’t seeing the rapid growth and market traction he’d hoped for and was feeling discouraged.

“At the start, I was reading all these stories about people hitting insane revenue almost instantly, so I couldn’t figure out my problem. It seemed to take an incredibly long time to reach any meaningful revenue. I used to feel very defeated back then. Most months I had only fifty dollar MRR gains. I thought it would take years to grow.”

Dominic spoke regularly with customers about what they wanted on the platform. By 2020, he’d learned enough to rocket MentorCruise to an epic scale in just one year.

At the start of Covid in April 2020, Dominic anticipated lockdowns and career uncertainty would drive coders to the internet to perfect their skills. “Conditions changed where senior people were worried about their jobs and wanted side income,” he says. “On the other end, mentees were losing their jobs or were tired of their jobs and wanted to upskill for new ones.”

“As soon as we helped people make more money on the platform, we naturally started making more money as well.”

“In the beginning, I was scared to let people charge too much because I thought customers wouldn’t like it,” says Dominic. “That year, I said they could charge whatever they wanted within reason. Suddenly, we went from fifty-dollar call packages to two-hundred-and-fifty ‘Just book me for the whole month’ packages. We also raised commissions slightly on pricier packages. Now some mentors charge as much as a thousand dollars per month and are doing well.”

“As soon as we helped people make more money on the platform, we naturally started making more money as well,” says Dominic. “We quintupled in size in a few months, and that’s when I was like, ‘Wow, okay, this thing has legs.’”

Mentorship Is Much More Than Career Help

Since achieving profitability, Dominic has hired four full-time employees and expanded MentorCruise’s focus to more than just coding mentors. Now mentees can come to his marketplace for engineering, management, UX design, and more.

But MentorCruise has been more than just an engine powering Dominic’s livelihood, he’s also used his marketplace to learn deep insights about mentorship. For one, early-stage career mentorship was only a fraction of what people look for in mentors.

“Soon, no one will work full-time anywhere.”

“I saw leaders come in and look for mentorship too. Accountability partners are big. Some want interviewing help or career change help. They’d find mentors to practice coding interviews and job searches, using the platform to get jobs at big tech companies like Google, Amazon, and Meta.”

The surest sign of Dominic’s success is some mentors moving from full-time to part-time employment as their classes become more profitable. “I think that’s the whole future of work,” says Dominic. “Soon, no one will work full-time anywhere.”

MentorCruise has safely become the tool Dominic wished he’d known about when he was getting started. He is both a mentor and a mentee on the platform, using it as a tool for his own professional development as a CEO. He gives each employee a $300-a-month stipend for mentorship and believes his biggest growth will come from marketing MentorCruise as an employee perk.

“If you don’t have a mentor at your job, your role isn’t nearly as valuable. It’s almost natural that we’re a solution for that. We can help startups help employees find a mentor.”

What Makes a Good Mentor?

I asked Dominic his opinion on traits great mentors share. He believes there are two:

“The first trait is humility,” he says. “I think the best mentors talk about the mentee in their bios. Mentors that do the worst talk about themselves – things like their awards and that they were the youngest person to do so-and-so. They leave the platform pretty quickly. Good mentors also have empathy. One of the worst things that people do is ghost mentees and not take communication seriously.”

“Just because you are very good at what you do, it doesn’t mean you’re a good mentor.”

And while respected industry authorities teaching classes helps MentorCruise attract customers, Dominic is not afraid to ask them to leave if he believes they are hurting his carefully cultivated environment.

“We give everyone a shot, but without exception, we kick out people if they get bad reviews. Just because you are very good at what you do, it doesn’t mean you’re a good mentor. You may find an engineering mentor at a local company who is much better than a more famous one.”

Finally, his advice for startup founders is to stay consistent.

“A lot of entrepreneurs and solo founders making low revenue after two years might give up,” he says. “Entrepreneurship and building a business is a muscle you can build and train like anything else. I meet many who are mad when they don’t make ten thousand dollars in a year, but they don’t do everything they need to do to grow their business.”