Cofounder Crisis: How This Founder Recovered His Business After His Partner Almost Destroyed It 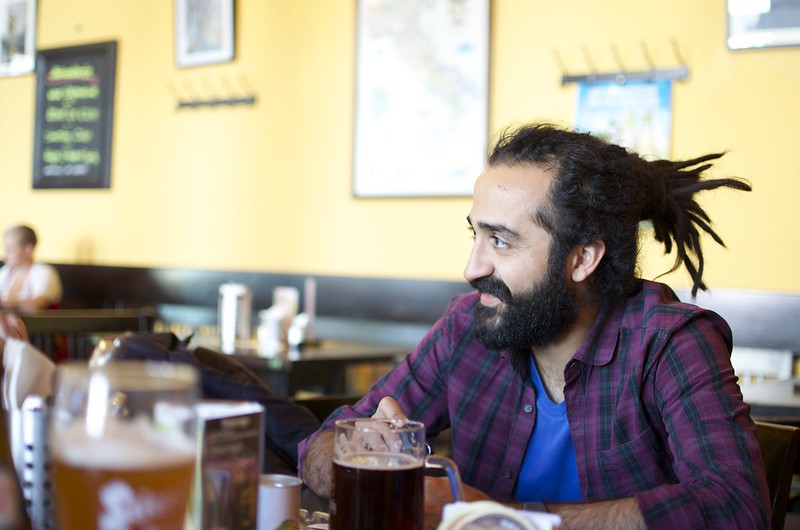 Gercek Karakus had it made. He was earning six figures at a tech company in San Francisco. Living in Northern California was expensive, but Gercek was able to fund his lifestyle and still save some money for a rainy day. But when a conglomeration acquired his employer, everything changed. Gercek explains, “After the acquisition, it felt like golden handcuffs. It’s a big company, everything’s moving slowly, and it wasn’t making me happy, so I decided to do my own thing.”

A colleague started a SaaS called Raklet and Gercek joined as a cofounder. Together, they sketched lofty plans to build a platform that helped companies build, grow, and monetize their audiences with digital tools. Gercek explains: “It’s an online community platform with memberships and events. You have your own website, branded mobile application, and community all within the platform.”

Raklet’s goal was to bring people together with like-minded interests. A priest might want to reach his parishioners, for example, or a yoga instructor may want to update her tribe. But the cofounders were so deep into projections and business plans, they never once asked whether they would work well together. A mistake that almost cost Gercek the business.

Harvard Business School’s Startup Guide1 stresses founders must measure their “compatibility of core values, personal and professional motivation, and expectations – personal and venture-related.” Gercek and his cofounder shared the same vision for Raklet, but both had neglected to establish whether their personalities and goals complemented each other.

In the beginning, the partnership was fruitful. Gercek handled front-end engineering, design, UI, and UX and his colleague would continue developing the back-end. The colleague would also remain CEO and majority shareholder while Gaecek secured funding and customers.

Soon after Gercek joined, Raklet was accepted into a Microsoft Venture Accelerator in Berlin. The program was just the jumpstart that Raklet needed, so the duo packed their bags and moved to Berlin where the cracks in their relationship would soon start to show.

Leaving a Six-Figure Salary Behind For a Dream

Gercek was excited about the future. Having broken the constraints of Corporate America, he wanted to run his own business, a goal since childhood. “Instead of getting an MBA, I began building and learning along the way.”

The accelerator didn’t include funding, but it offered cloud credits and a chance to build Raklet in a supportive environment. Gercek invested $80,000 of his savings ahead of the move. When the partners wanted to extend their runway, they applied for and received $100,000 from Techstar, an American seed accelerator.

Gercek felt like he was holding up his end of the bargain. He rebuilt the website, stressing Raklet’s ability to help companies of all sizes through SEO and paid advertising. The cofounders wanted to integrate Google Sheets, Slack, Discord, Calendly, and more – everything their prospects might need to build online communities.

Neither founder strayed into the other’s lane. They were adults – why micromanage each other? Gercek trusted that all was well, loving his freedom as a founder: “A stable salary is good, but then you have to deal with middle managers. And if you work on something somebody doesn’t like, they can just unplug it the next day and all of your efforts disappear. It’s such a waste.”

When Stuff Hits the Proverbial Fan

Everything changed when Gercek returned one day from meeting a prospective client. It began with good news: They’d landed their first customer through inbound email. Gercek’s swell of pride quickly burst as he realized that his cofounder had fired all of Raklet’s employees and freelance contractors (one of whom was Gercek’s brother). What was happening?

It turns out that Raklet was out of money, and rather than apply for more funding or opportunities, the cofounder wanted to walk away. Without consulting Gercek, he fired the entire staff, which might’ve been avoided had they understood each other better. From Harvard Business School’s Startup Guide: “It may seem counterintuitive or awkward to discuss how you envision exiting as you launch, but these types of conversations are essential to developing a sound partnership.” Sound partnership, this was not.

Alone and bewildered, most people might’ve followed in their cofounder’s footsteps. But Gercek wasn’t ready to give up on the business. “I believed in the product. I wasn’t about to jump ship.” Plus, Raklet had won its first client and it was a big one – the Jamaican government found Raklet through SEO.

But Gercek needed to relocate. He was living off his savings and the cost of living in Berlin – although not as exorbitant as San Francisco – was still high. He landed in Turkey because it was affordable and he had friends there.

Once in Turkey, Gercek evaluated Raklet’s backend. The entire codebase was “a mess.” It was so bad, that Gercek had to hire a mid-level engineer to see if he could salvage it. “Once the engineer pointed out the problems, I learned everything I could about coding, clouds, C Sharp – everything.”

While furiously fixing past mistakes, Gercek also needed to find more customers, and fast. Thankfully, Raklet appealed to many businesses, widening his market. “It’s about communities. So, if you’re talking to directors of alumni organizations, then you need to talk about mentorships, opportunities, careers, and management. But, if you’re talking to a priest trying to create a community of like-minded worshippers, that’s a completely different vocabulary, different landing pages, and products in their minds.”

Initially, Gercek landed on an unconventional sales tactic, an old-fashioned approach that was laborious but effective. “I spent a year doing sales on the field. I was a door-to-door salesman with my nice suit.” Gercek admits it wasn’t the most successful approach: “It felt like a ghost town, at first.” But Gercek kept at it.

Door-to-door selling was unsustainable in the long run. He would need more boots on the ground if he wanted to grow, costing money that Gercek didn’t have. He shifted to targeted email marketing and video sales that eventually produced a few leads.

“There might not have been a lot of action back then, but these days, I have between fifty and sixty prospect calls a month,” Gercek says. Raklet is currently in 27 countries and has 4,600 customers bringing in $25,000 MRR. “If we grow at this pace, in three years, we will be making more than a million dollars, four million in ten years, and before you know it, a hundred million. That’s a good number.”

Raklet is a one-person team but Gercek occasionally hires freelancers. After his cofounder’s near destruction of the entire operation, Gercek is reluctant to hire full-time employees. “I used to think people working in marketing and sales were not as valuable as designers or engineers, but those are the people bringing in the money. You can have the greatest product but if the world has no idea about it, it doesn’t exactly exist.”

And Gercek’s brother? Thankfully, he doesn’t hold any ill will towards his sibling and has gone on to build his own business. But it was a lesson for both on the dangers of hiring a cofounder without vetting them first – one neither sibling will forget.