From Side Project to $350,000 MRR: How This Argentinian Founder Made IT Outsourcing Affordable for Startups 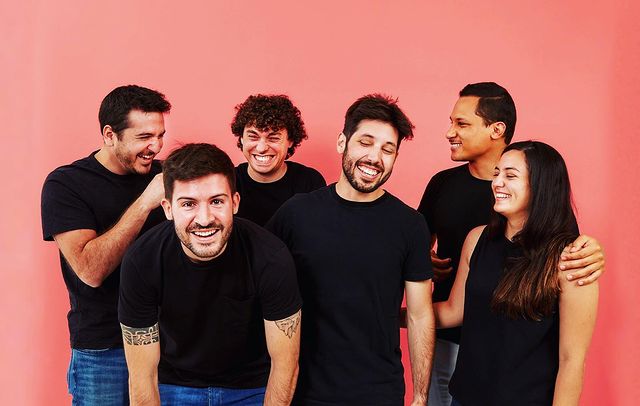 Some people study online for self-improvement. Others start a new exercise plan. Juan Salas, the 37-year-old founder of Celerative, created his remote staffing solution as his way to improve himself. However, his small passion project didn’t just end up improving his life, but also the life and careers of thousands.

Today, Juan’s passion project has almost 5,000 registered customers, over 25 paying companies, and over 100 active contractors. Oh, and they also pull in a healthy $350,000 in monthly revenue.

This is the tale of how this Argentinian developer’s love of learning led him to build a successful, bootstrapped startup and his dream life in California.

A Man Who Lets Learning Guide Him

Juan Salas loves sailing. He purchased his home in California because he likes the sport so much.

“I grew up around boats,” says Juan. “I would basically live on a boat in Uruguay most summers when my family traveled there. In the US I learned how to properly sail.”

But Juan doesn’t just sail for the exercise. “This year, I got my own boat. I purposely got a fixer-upper so I could work on carpentry, the engine, and the rigging,” he says. “I almost enjoy that more than sailing because you learn so much.”

This gives you a little insight into Juan’s personality. Learning and self-improvement are two huge pillars of the accomplished engineer’s life. A former researcher at a university in Germany, his career has spread across the emerging tech scene in Argentina to academia in Germany and finally to the US tech scene. Mostly because he loves learning and trying new things.

“We always think of Celerative as a vehicle for everyone in the company to achieve their personal goals,” he says fondly.

True to his love of learning, Juan has had his fingers in many industries. After high school, he went to college in Germany and worked as a research assistant studying semantic web technology for internet 3.0 for two years. But then he left.

“The research was interesting but it was very bureaucratic,” says Juan. “I didn’t necessarily get to research what I wanted to. I started freelancing on top of it and then wanted to scale that up instead so I left.”

After leaving his job in Germany, Juan returned to his home country of Argentina. There he worked on a couple of different projects including his first startup, Incodex, developing software for marketing agencies. He also held a position as CTO at an incubator in La Plata, Argentina.

While in La Plata, Juan would frequently attend meetings at the La Plata IT industry chamber and met his future co-founder, Pablo Baldoma, there. They struck up a fast friendship and quickly merged their startups — combining Juan’s abilities in software engineering and his friend’s proficiency in UX to create Celerative in 2015.

Since that fateful meeting, Celerative has had many faces. When it first began, the partners evolved Juan’s software consulting business into biometric research. “We’d do stuff like eye tracking, electroencephalography and galvanic skin response, basically biometric feedback data for user testing. We kind of blended our strengths,” says Juan.

They enjoyed some success in their business but found it was tough to scale because it relied so heavily on getting test participants to labs. They moved to the US and switched to outsourcing workers in the fields of VR and Gaming but still felt they were missing their mark.

In 2017 and 2018 the team moved to working fully remote and revisited their business model. They realized there was a $500 billion industry hole in software engineering they were perfectly poised to fill.

As an Argentinian engineer who had been abroad, Juan realized there was a huge demand for international software engineers at companies in the US.

“We knew there was very good talent in Eastern Europe and Latin America. Companies will go to great lengths to get that talent but they don’t necessarily want to incorporate in these other countries to hire them at a more affordable price,” he says.

Business Process Outsourcing or BPO has been an industry practice for a while, but official hiring processes abroad often require a physical office for easy payment and tax compliance. Often the price tag is so large that only enterprises and governments can afford it. Juan and company realized they had the network to start providing smaller businesses with accomplished, remote developers from Latin America and beyond. They quickly changed their platform again to the model they use today.

“Celerative is sort of a plug-and-play solution for CTOs who want to start a new team or add people with a specific skill set,” says Juan when asked to describe his business.

“Startups and smaller companies that want to move fast either have to go through a pricey recruiting service or hire in-house for new talent,” Juan adds. “You’re going to be constrained by local talent because you’ll pay very high wages. You’re also not sure you’re going to get the talent that you need in a reasonable timeframe because hiring is hard.”

To cut down on the vetting process, all contractors must pass Celerative’s in-house accreditation process. Once hired, companies can manage contracts and pay contractors completely through the platform. Celerative isn’t just for hiring contractors abroad either. It also includes tools to pay local contractors and manage their contracts.

“What we have today is a platform where customers can engage with contractors worldwide. They can pay them and manage the contracts. They can also pay on a subscription basis to use our payroll and management tools for their own contractors,” says Juan.

Upon launch, they quickly found product-market fit and began making a steady profit.

Celerative started out bootstrapped more due to necessity than a desire to avoid VC money. Juan says this is due in part to where they started from.

“We were a small business and VC in Argentina was very difficult to find back in 2015. Now it’s getting better,” he says.

Despite the inconvenience, he also credits some of the difficulties of starting up in Argentina to why his business is successful today.

“If we took VC funding, then we would be following their goals and not our own.”

“In Argentina, you have to be very resourceful because things are small and unstable,” he continues. “You can’t be too niche. The economy has high inflation and the currency may devalue 20 percent in a week and there are tough employment laws. That allowed us to be resourceful and resilient. After coming to the US we could refocus that energy into the company.”

In many respects, Juan thinks a lack of venture capital slowed the business down, but he is happy with the way things are.

“Without VC guidance we had to learn a lot from feedback and we learned by doing,” he says. “Eventually, we had an opportunity to raise money but we already had an operating business with a positive cash flow. We decided this is a business that gives us so much freedom to learn and try new things we wanted to keep this going.”

“If we took VC, then we would be following their goals and not our own,” he adds.

Juan’s story isn’t just impressive for his ability to turn a profit. We frequently hear about founders who let their businesses consume every aspect of their life and energy. While these stories are inspiring, there are thousands of untold stories like Juan’s that show it’s not only possible to create something that brings meaningful value to the world but also opens the doors of possibility to the kind of life you want to live.