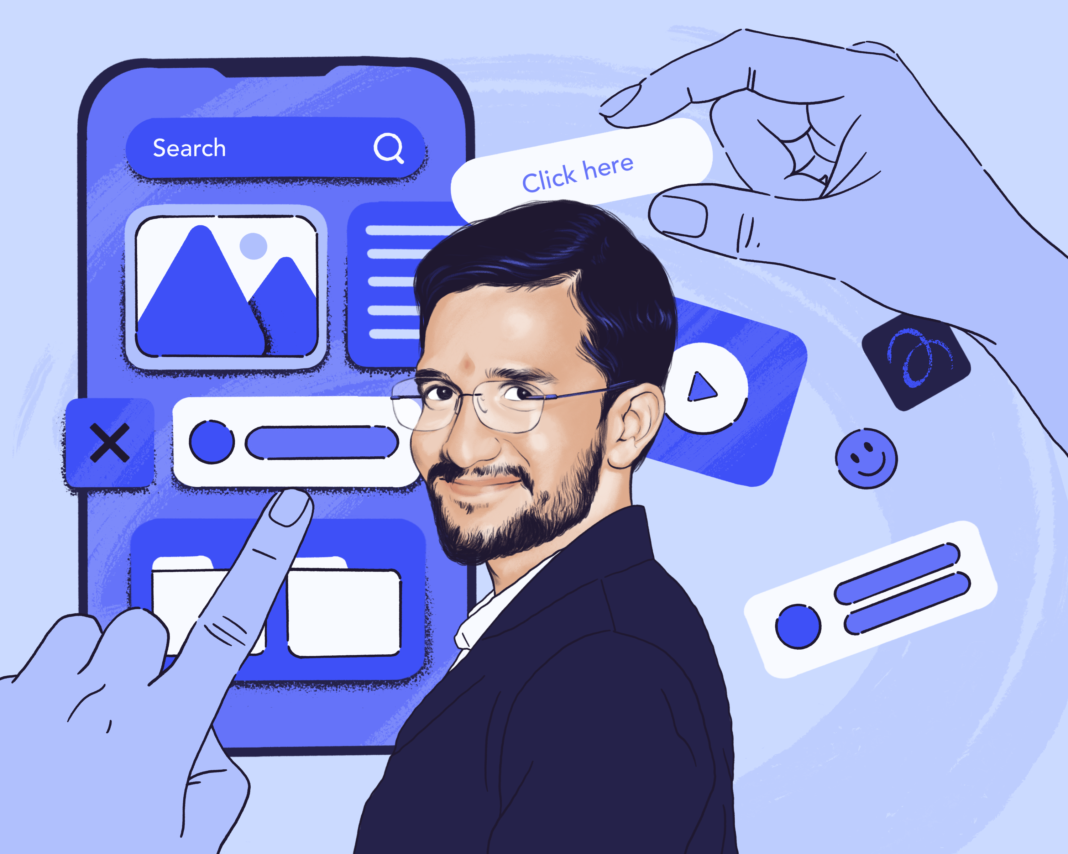 Akshat Chaturvedi considers himself a bit of a magician. But instead of disappearing rabbits and sleight-of-hand card tricks, Akshat turns your ideas into reality. If this sounds gauzy and conceptual, that’s because you haven’t met Akshat. His company, BrainBox Apps, works closely with its clients to deliver mobile apps for both Android and iOS.

Akshat’s entrepreneurial journey began with a live game-show app while in college in Jaipur, India. Like many students, Akshat was anxious to get real-world experience not just “studying for exams and turning in assignments.” He saw students glued to their phones and thought they’d love a timed challenge with the chance to win a donated prize.

But Akshat didn’t know the first thing about mobile application development, and as a student, he couldn’t afford to hire a developer. Even though he studied computer science, the curriculum was far from practical. Akshat explains, “It’s all theoretical. The content and curriculum we studied did not even exist in the marketplace anymore. Right now, it’s all outdated.”

Akshat scoured the web for educational resources that would equip him with the skills he needed to execute his idea. With a few clicks, Akshat found his solution in the form of a free “mobile lab development” course offered by Google. Akshat got straight to work.

Akshat had to barter with his professors to skip classes to code. His professor, an aspiring TikToker (before India shut it down), agreed to lower his mandatory attendance rate in return for Akshat helping him reach a larger audience. Educational technology TikToks might have a limited audience, but Akshat applied his coding mindset to the problem and got what he wanted.

Launching an App Instead of Going to Class

“After 15 months, I was in a situation where I could code the app myself. I teamed up with a friend of mine who was efficient in backend development – databases and everything.” The duo worked together for three months to launch the quiz, earning over 17,000 downloads within the first 30 days. Akshat then reached out to vendors to offer prizes.

Just as vendors began signing up at the prospect of advertising revenue, everything came crashing down. Akshat received notice that both Apple and Google had pulled his app from their stores. After the initial shock and some digging, the answer was absolute – the app stores considered Akshat’s quiz a gambling app, a violation of their policies.

Akshat didn’t back down. He contacted the app approval teams to explain that trivia revolved around knowledge, not luck, but to no avail. Akshat says, “Just when we were starting to make a little bit of money, everything shut down.”

Akshat graduated with a heavy heart, pining for what might have been. He followed his classmates to multiple job fairs and began taking placement tests for international corporations. His head wasn’t in the game, and he was failing miserably. Akshat took this as a sign from the universe – maybe he was missing the point.

From Heartbroken to Headstrong

Akshat began to reframe the gaming debacle from ultimate bust to life lesson. He explains: “The positive side is I now have the superpower to convert my or anyone’s visions into reality. Anyone can come up to me with an idea and I will code it, program it, and convert it into a real app.” Akshat admits he was heartbroken for a few months but is thankful for the journey.

Akshat launched BrainBox (the “Apps” iteration would come later) to harness his new powers and immediately got to work. He searched freelance job sites and submitted proposal after proposal for mobile and web solutions. Akshat spent the next year working from the quiet of his home and managed sales, accounts, development, and finances alone.

Later, an Australian client asked Akshat to develop a range of apps. The client had worked with two other vendors but broke ties due to irreconcilable differences. Akshat ignored the red flag and quickly hired three employees to help with the work. When the client sent him an advance, Akshat and his father searched for an office. He found the perfect spot, and although it was small, Akshat saw the potential.

The days were running along smoothly, and his team was meshing. He then received a phone call that changed everything. Akshat’s Australian client was out of money. Akshat was waiting on payment from the first completed milestone and needed to pay his staff. This stung more than Akshat could have imagined.

“When he said that, my mind went blank. I couldn’t hear anything. My team members were in front of me and their salaries were on me and the office rent was on me. Everything.”

Akshat went into caretaker mode immediately. He sent his employees home so that they wouldn’t be privy to his anxiety. He gave them paid leave because he never wanted them to suffer for the mess that he found himself in.

Akshat sat at the once-crowded office alone and wondered how to move forward. He contemplated partnering with another digital marketing company just a few floors up. They wanted to pool finances, but Akshat had already earmarked his money for his furloughed team.

Full-Court Press to Bring Business Back

Akshat didn’t have time to mope and feel sorry for himself. He knew how to find jobs and bid on them, so he went to work. Akshat focused all of his energy on securing new clients. He didn’t think about his bank balance or the rent. He had lots of people depending on him, so he sent proposals on multiple jobs, and was tenacious about following up and vetting clients.

Akshat stopped bidding on web jobs and focused on apps exclusively. App development paid more and he needed to streamline his services. Plus, the web market was saturated with people bidding on jobs. Akshat rebranded to BrainBox Apps so that clients would immediately know what he did.

Akshat vetted every client to avoid repeating his last mistake. His perseverance paid off. BrainBox Apps currently has a team of 15 people working full-time and around six consultants. Akshat charges per project and prices range depending on the scope of the work. Akshat is currently closing projects at a rate of four to five deals a month.

BrainBox Apps “has been profitable from day one.” Akshat owes this success to his supportive family, his faith, and his drive to practice kindness and do business with a moral compass. Akshat never let his teammates worry when his business was quashed, and instead paid them while he figured out a plan B. It’s safe to say that karma is paying him back in full.