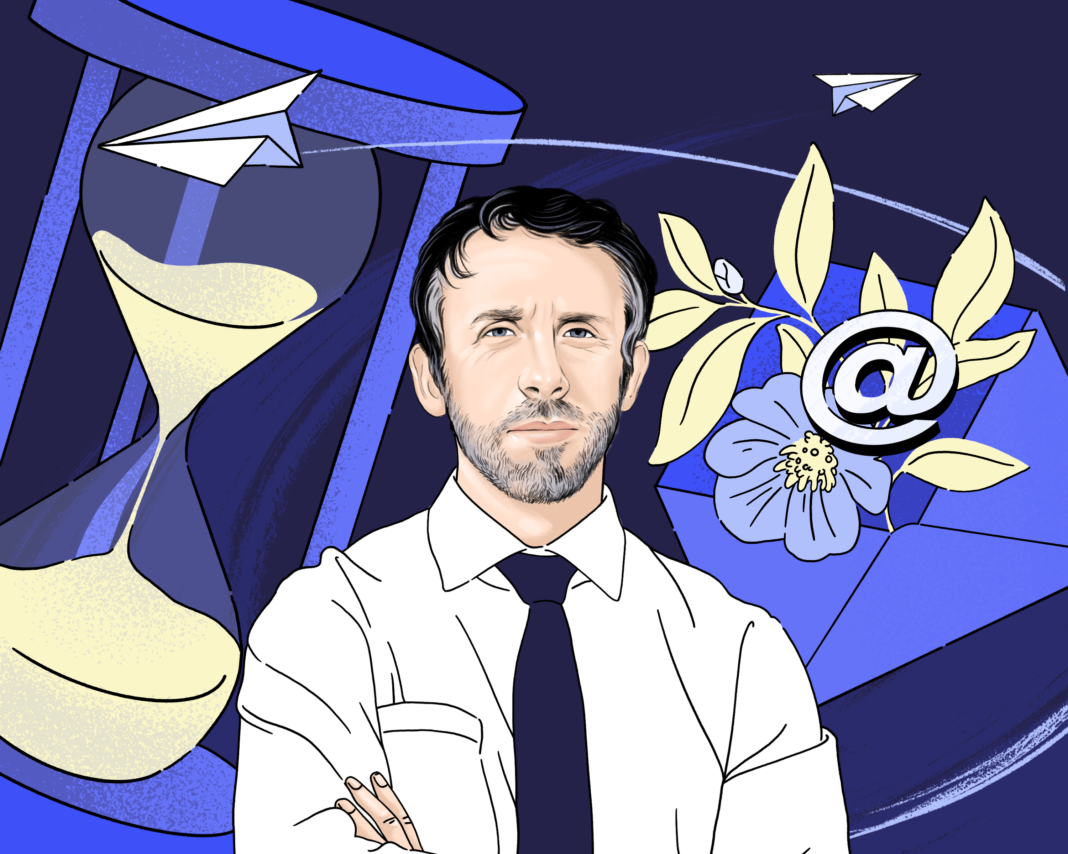 What if you could write your future self a letter? FutureMe founder, Matt Sly, never forgot a fifth-grade assignment to do just that. So many years had passed, he didn’t know where the letter was, but he was determined to digitize the process for himself and anyone else who saw value in the exercise. When Matt sold FutureMe for “life-changing money,” he finally lived up to the dream of his future self.

Matt worked for “high-flying startups” before the dot-com bust in the early aughts. When he needed more stability, he taught high school math and computer science with all of the energy and excitement of the early days of tech. But Matt couldn’t stop thinking about FutureMe: What if the answer to most of life’s problems lies in an email from a former you?

Life’s unpredictability makes time capsules and mementos especially profound. Could FutureMe help others in the way the idea had inspired Matt? He teamed up with a developer friend and spent six months getting FutureMe off the ground. Matt joked he’d turned into his grandfather, hiding out in the garage to practice woodturning – except instead of wood, it was code.

The Value of a Letter

Matt kept the frontend as simple as possible. It began with only five PHP files (including writing and reading letters) on a shared server. The simplicity meant that he converted people from website visitors to customers at a rate of 32 percent. Everyone knew the value of a letter, and at first, it was almost like therapy – you got to unload everything in your mind at the time.

Matt was sure to keep his costs lean from day one. Matt shares, “FutureMe cost us $11 a month which got us through the first five years or so.” When Matt toyed with how much he should charge users, he wanted it to be affordable above all else. He discovered something interesting: people were much more generous when he gave the option to decide the price, so that’s what he did.

Growth exploded and word spread. Everyone from teenagers to grandmothers used his service: “The audience is not a specific market segment,” Matt says. “Everybody thinks about their future – every human being, people all over the world. There are 18-year-olds and 80-year-olds in Argentina and the US. I was so surprised by the humanity of people.”

A Community of Futurists

While Matt worked at Microsoft during the day, he developed FutureMe in the evenings and weekends, building a community around his growing side project. He never asked for testimonials, but people would share their experiences on social media, praising their ability to self-reflect easily and painlessly.

News spread, and then AP picked it up. Every news outlet from NPR to Yahoo! asked to write about FutureMe. Thanks to media coverage, growth spiked, and Matt began to receive acquisition offers for his business. He declined them all, preferring instead to grow his business to over one million users per month.

Fast forward twenty years and FutureMe continues to make waves. It generates over six figures in revenue and costs Matt just $500 to operate each month. It might not surprise you to learn that after a bootstrapping journey lasting decades, Matt was ready to sell.

“During the past few years, it became increasingly clear to me that FutureMe had outgrown its humble roots,” Matt says. “And after considering several options, I decided to sell FutureMe to Memories Group Limited, based in Melbourne, Australia.

“Tom Ainsworth and Memories Group Limited are building a suite of businesses focused on digital legacy. They honed in on FutureMe as a potential cornerstone brand and spent months getting to know me and coming to appreciate what FutureMe is today and can become in the future. During negotiations, they embraced the values of authenticity, integrity and a little bit of quirkiness that characterize how FutureMe is perceived by people around the world.”

Matt reflects on how easily things might’ve been different, that FutureMe might never become so popular if he’d listened to some of his earlier self’s advice: “It’s so meta. Because it’s about writing letters to the future and the whole thing took 20 years to build and evolve. I probably even have letters to future me asking why I’m wasting so much time on this project.”

Matt can’t share exact numbers on the acquisition but says this: “My outcome from selling FutureMe is several orders of magnitude beyond what I’ve earned in fifteen years as a tech executive at companies like Amazon and Microsoft.”

Now that the company has been acquired, Matt remains a consultant. Today, Matt wants to help mentor and potentially invest in a small business in the same way that someone took a chance on him.

“In almost twenty years in tech, I’ve worked for (very) large brands and VC-backed startups tackling hard problems with amazing people,” Matt says. “But nothing compares to my experience and the outcome of bootstrapping and selling FutureMe.”

Matt wants to help the next generation of entrepreneurs find a similar level of success. Where will he find them? “To be honest, I’m looking on Microacquire.”

Well, Matt, we like that idea very much indeed.