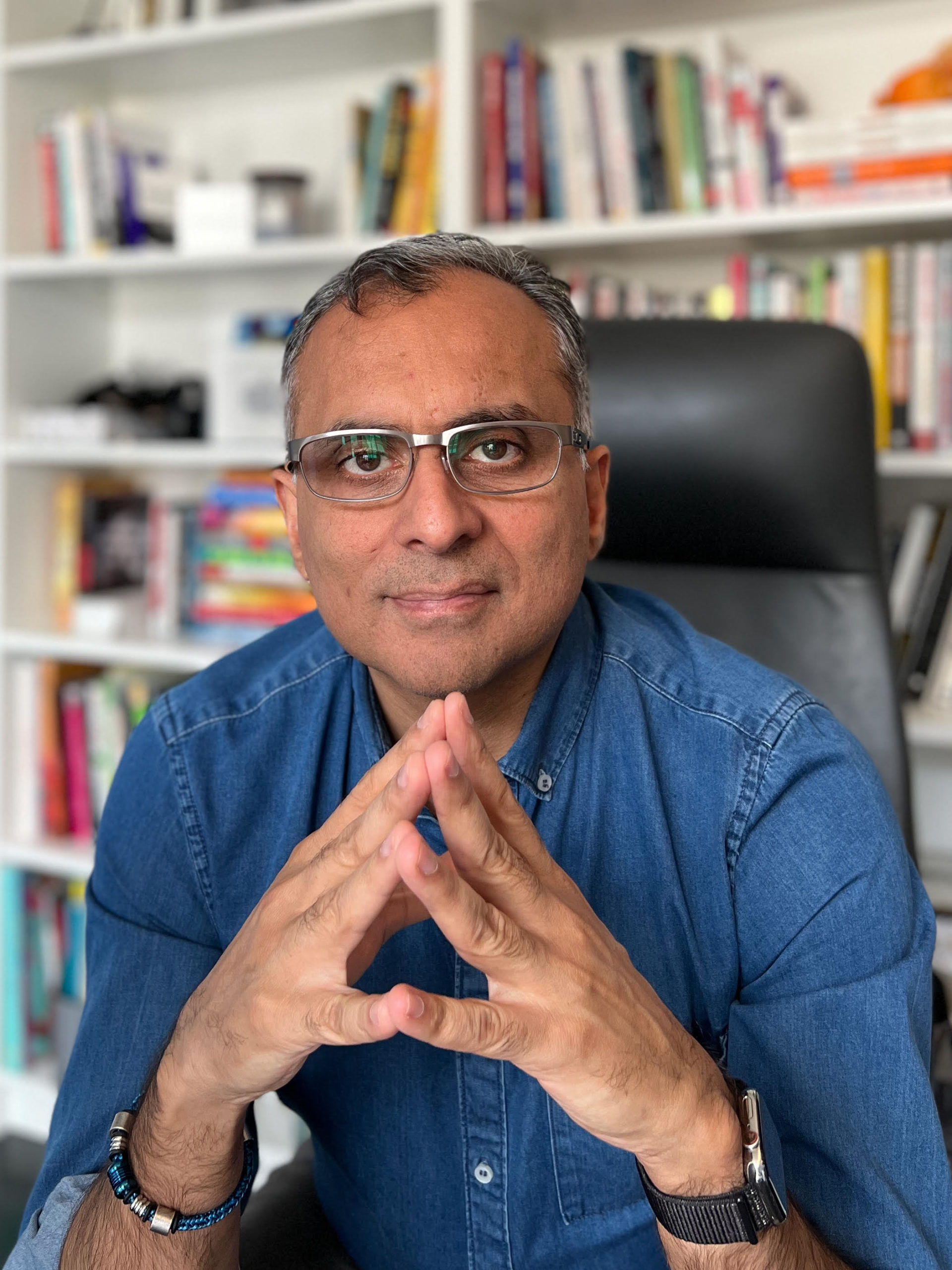 Alykhan (AJ) Jetha’s founder story is an off-road adventure over bumpy ground. Just as AJ was about to celebrate a new milestone, a new challenge would nearly shut down his business. But that tenacity in the face of defeat (not once but multiple times) earned AJ his first million dollars. Discover how he went from knocking on doors as an unemployable programmer to building an award-winning CRM, Daylite, in just a few short years.

AJ has always been surrounded by entrepreneurs, first in his native Congo and then again upon immigrating to Canada. He saw hardworking family members open corner stores in the neighborhood and run small businesses nearby. Watching the hustle and bustle behind the counter became a dream of owning his own business one day.

Twenty years later, AJ wanted to start a technology company. The only problem was he didn’t know how to code. This might’ve deterred most people from moving forward, but not AJ. He applied to countless companies hoping to get a junior role and the training he needed. The response was universally negative. But he only needed one yes, and that’s exactly what he got: a position in tech support.

After just a few short weeks, however, the company declared bankruptcy. Rather than throw his hands up in defeat, AJ offered the companies that had rejected him a tempting proposition: “I will sweep the floors, clean up, run errands, and do whatever you need me to do. All I ask is that you please give me equal time on a computer to learn how to program.” It worked. AJ learned how to code and received all of the on-the-job training he lacked.

When a Big Break Doesn’t Pan Out

Soon, AJ was confident enough to embark on his first startup idea. He came up with an auction resale site, and together with a partner, reached out to family and friends to raise money. The duo also landed a meeting with a top venture capitalist to try to secure additional capital.

AJ and his partner were so close to success, they could almost taste it. They were in the VC’s office, preparing to wow those present with a memorable pitch, when disaster struck: “I was trying to pitch the same people who funded some big sites. They gave me 15 minutes only to cut it down to one minute while I was in the waiting room because the dot-com bubble had burst.”

Success had slipped through the duo’s fingers. The timing was atrocious. They decided that the best way forward would be to pay back all of their friends and family who provided them with early funding. Working as technology consultants, they could repay everyone and even landed a big client that suggested their fortunes had turned.

Unfortunately, that same client served a big firm in the World Trade Center. No one could have foreseen what happened next, but after 9/11, both companies shut down.

As AJ coped with the fallout of losing his biggest client, another problem reared its head. He and his partner were macOS users, and as they toggled from their desktops to other Apple products, projects failed to sync across their devices. If they couldn’t catch all of their mistakes, they could miss client deliverables, costing them time and money.

After so many failures, AJ thought this might be one area where he could exercise some control. “Since I was coding and selling, I had a lot going on at once. I would forget where I was and lose track of who I had to follow up with because I was content switching on multiple devices. My partner and I needed a tool to help us get organized,” AJ says.

Initially, AJ was merely trying to streamline his work process, not build a new product. When neither he nor his partner could find an existing solution in the Mac ecosystem, the two realized other people could benefit too. They even went to Macworld to see if there was something they were missing. They found no such tool, and a chance encounter with an Apple employee assured them that they needed to build it themselves.

AJ and his partner’s solution was a CRM they dubbed Daylite. It was built for macOS and integrated with every feature from Siri to Apple Mail.

Then something wild happened. Remember when AJ couldn’t land a single developer job when he first started? Now he was in demand on the Mac circuit. The product was so well-received that it began to garner multiple Apple awards that helped drive sales, receiving “Best of Show” from MacWorld.

AJ appeared on many technology podcasts and entrepreneurship blogs. He shared his story of resiliency on many platforms and it was translated into many languages. (Danish podcast, anyone?) Finally sensing a winner, AJ hired a team of employees to help the business grow.

“We pay for ads, sponsor podcasts, and appear in podcasts,” AJ says. “But at the end of the day, we have built a great product that people share with their friends. Word of mouth is a big part of our business. Our new features are covered in Mac press and people love it.”

Daylite’s winning iteration was just the beginning. When customers wanted to move away from managing their servers, Daylite Cloud was born. The switch to cloud-based services allowed Daylite customers to work offline and sync in the cloud. The payment model shifted too from a one-time license payment to a subscription. “I am truly humbled that our first Daylite customer, whose license I created manually 16 years ago, is a Daylite Cloud customer. It means we are doing something right.”

The life of an entrepreneur is far from easy. But if you can figure out a way to empower yourself in the case of defeat (or in AJ’s case – multiple defeats), you might just emerge a winner. AJ turned every “no” into an opportunity to grow. Had AJ given up after his first failure, Daylite might never have existed.