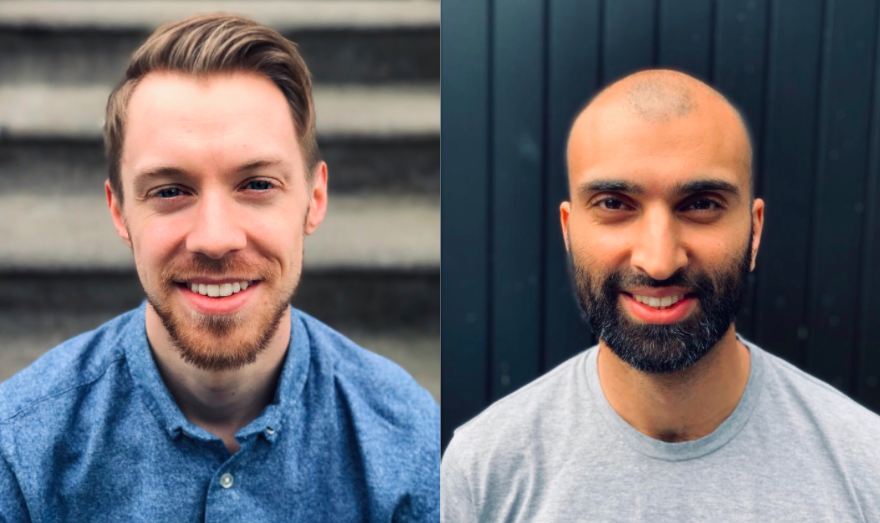 Quitting a job that you enjoy to launch a startup is never an easy decision. Adam Malik and PJ Appleton felt compelled to leave their stable positions to build a public relations agency in a booming sector: property technology (aka proptech). Family and colleagues tried to dissuade them. Proptech appeared too niche, too risky. And yet Adam and PJ launched Bloxspring in the middle of a global pandemic and thrived. What’s their secret?

Adam and PJ were colleagues at a well-known proptech company. Adam was head of business development, and PJ was head of communications. The duo worked together to help their Australian company launch in the UK. Both were happy with their positions and weren’t looking to switch careers.

As the two traveled and networked together, their deep knowledge of proptech attracted a large audience. They had a knack for distilling complex information and making it relatable. But more than that, the duo could explain how technology helps drive growth for businesses – and this would be instrumental to Bloxspring’s success.

How a Boy Band and a Joke Turned Into a Business

Industries like fintech and edtech have a lot of brand awareness. Proptech lacks the same cachet. Adam explains, “Real-estate tech doesn’t have quite the same profile as fintech. But that’s changing. After we presented at a conference or talked on a panel, we would be mobbed by all of these different startups saying, ‘I want to ask you about this,’ or ‘Can you help me with that?’ We just looked at each other and thought – there has got to be a business here. It felt like we were in a boy band.”

PJ and Adam loved the attention. Their intimate industry knowledge was one thing, but they could also hype it up and get crowds excited. It was a unique skill few had seen in the sector before. They could take that energy and help other companies in the space share their work with a much larger audience.

But could this be a profitable venture? They joked about it, and then floated the idea to colleagues and family members. No one was supportive. Why leave paying jobs just because people liked their talks? Why did they need to start a PR agency? Couldn’t they just keep giving advice?

PJ and Adam ignored the naysayers and issued a press release about Bloxspring to generate interest. They had to wow potential clients with vivid language and impressive CVs. It was their first shot at translating that onstage energy into a viable business. Could they do it?

Launching two weeks into a global pandemic might seem counterintuitive, but it helped that Bloxspring appeared just as businesses were trying to navigate lockdowns, terrified that their industry would cease to exist. Gone were the days of in-person meetings and long and leisurely business lunches to seal the deal.

As a result, the response to Bloxspring’s release was resoundingly positive: “We had fifty to sixty companies around the world get in touch with us and ask for help, particularly because no one was leaving their homes. The companies would contact us and ask, ‘How do we stay relevant? How do we stay front of mind? How do we survive?’”

Bloxspring didn’t have all of the answers (no one did in early 2020), but they did have a few. They assured their clients that they could bring their intimate industry knowledge to a new stay-at-home model of working. They would craft messages that would bring companies new clients and reassure them that proptech was alive and well.

Why a Niche Makes Sense

Although PR is a crowded market, Adam and PJ learned to articulate what set them apart. “We were proptech insiders. Since we’d worked as operators, our credibility was higher than other companies trying to make a play for this space. We had great networks already.”

As Bloxspring grew, the founders automated their workflow to help it scale. “We run a well-oiled sales machine. We have two to three campaigns running automatically. We hit them with one message, and if they respond to that, great. If not, they get a second message, and sometimes a third. These messages have generated the most leads that ultimately convert to clients. Ninety percent of our clients come this way. The other ten percent is through referrals.

Bloxspring prides itself on being untraditional. They communicate with clients using Slack, which provides continuous direct access. Adam explains, “Most traditional agencies give clients a monthly call and that’s it. After that, it’s ‘Don’t bother us until that next monthly call.’ The way we operate creates an instant level of stickiness.’’

The founders have also eschewed stuffy suits and ties for a more casual look. It’s all part of their appeal. “Culturally, we align with the clients that we’re serving. We don’t take ourselves too seriously, and that means showing up to a pitch in a Patagonia hoodie. We aren’t formal.”

One of Bloxspring’s clients found them after working unsuccessfully with a traditional PR agency. “They were using a huge global agency that charged them a lot of money, and they found an absolute lack of proactivity when it came to generating ideas. We are very proactive in how we come up with ideas and how we create stories without just relying on announcements.”

You might find it strange that a company that launched with a press release is not reliant on them. But there’s a reason: “We rarely use the wire. We’re too busy building momentum and creating interesting press-worthy content. That’s where our creativity comes in.”

Bloxspring brought in $100,000 in the first year – no small feat for two founders who launched a business at one of the most inopportune times. They’ve continued to grow year over year and are now on course to finish the year with $1.5 million ARR.

Although property technology is a niche, it’s a big one. “Real estate is the largest asset class in the world. It’s roughly $300 trillion. If you added up the value of all of the real estate in the world, that’s more than all of the global stock markets combined. But yet, the adoption of technology in this sector is still very low. I want us to be the partner of choice real estate technology companies use to help them build their brand.”

The secret to Bloxspring’s success is Adam and PJ staying in their lanes. The duo always knew what set them apart was their proptech acumen. Although fintech looked enticing and ecommerce was everywhere, Bloxspring’s heart was and is in real estate. The partners continue to bring that message home every day.