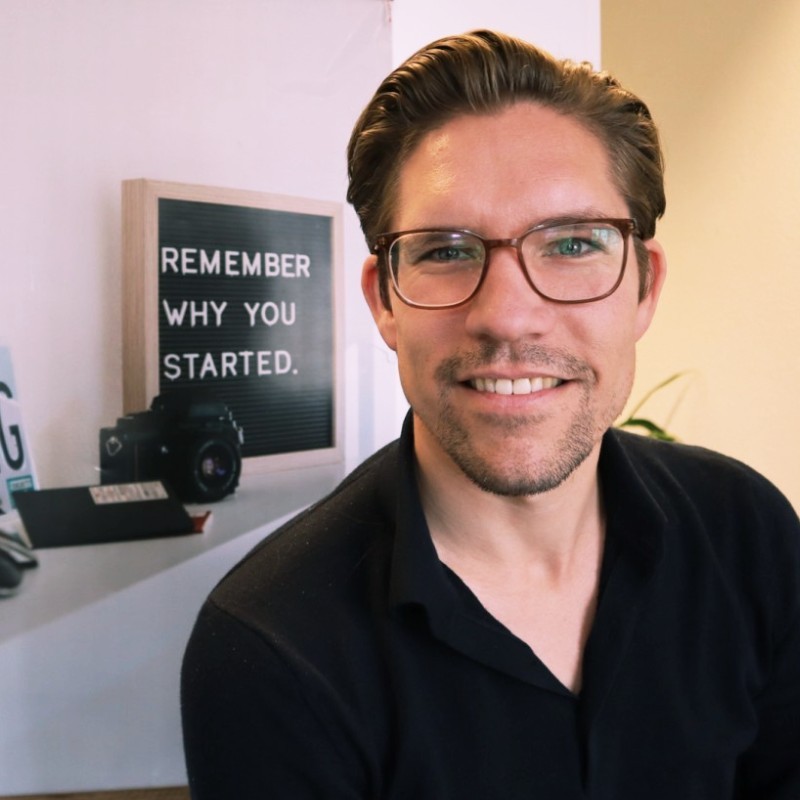 “We don’t need no education

We don’t need no thought control

No dark sarcasm in the classroom.

Yes, Pink Floyd’s anti-school seventies anthem still rings true all these years later. How many bootstrapped entrepreneurs have I interviewed who launched businesses while avoiding schoolwork and lecture halls? I’ll give you a hint – loads. And this isn’t including the many founders who never went to school or dropped out. These founders shared a similar sentiment: Mandatory university coursework was irrelevant to their real lives so they skipped it altogether.

But what if there was another way? What if college classes could help founders grow – not in gauzy and philosophical ways but through applicable skills and a kickass portfolio? Bram Kuijken created Master Challenge to give students a chance to work on real problems and companies access to the country’s brightest minds.

The best way to fix a broken educational system is from the inside out. You have to understand what’s failing to address and build better outcomes. Bram saw a divide between classwork and real-life applications. While doing his PhD, he turned an academic project into his first startup. The entrepreneurial spirit runs deep.

“Many times, students work on assignments that are hypothetical and not real, and then they are forced to take exams. Nobody is happy because it is so far from real life.” How could Bram fix this? He was a professor with a deep network in Amsterdam’s startup ecosystem. What if he could bring students and companies together in his current curriculum?

Students weren’t the only group disillusioned with the educational process. Bram, a lifelong academic, had similar reservations as a teacher. You see, universities require professors to spend many hours researching their respective fields. Teaching comes second, so many professors approach lectures as a mandatory by-product of being an academic.

Professors hoping for tenure must publish papers regularly or risk losing their jobs. It’s unsurprising, therefore, that their teaching is put on the back burner. The system is ripe for change, but this change is not easy for universities that have been providing the same type of education for centuries. Universities hand out diplomas, but students separate coursework from the real world. And that’s a huge problem.

“Parents want their children to get diplomas,” Bram says. “But there is so much content to learn outside of academia. Think about places like Coursera. You can build your learning trajectory. Students only get motivated when they see the relevance of what they do. How can we think beyond the diploma? How does theory apply to practice?”

Bram was disenchanted. He noticed students either dozing off or not even showing up at all. He needed to make the material come alive if he wanted to inspire these young entrepreneurs. At this point in the story, Bram switched from traditional teaching to implementing an environment he dubs “challenge learning.”

Here’s how it works. Master Challenge reaches out to companies and asks them to submit challenges or real-life business problems they face. Bram brings the challenge to business professors and it becomes a part of the curriculum.

But it’s more than just talking about the problems on a whiteboard or disseminating case studies. Master Challenge pairs students together to navigate through the obstacles, and in return, the company receives real-time solutions – at an affordable rate.

When Bram came up with the Master Challenge concept, it was an easy sell for all involved. Students would move away from textbooks and directly into concrete applications. Similarly, companies would gain access to fresh talent and insight from students without hiring new staff.

Since he was working full-time at the University, Bram approached his department to see if they shared his passion for change. They didn’t just like the idea, they ended up kickstarting Master Challenge as a business. The University of Amsterdam gave Bram a founder-friendly loan of €50,000 (about $53,000) in exchange for ten percent of revenue. Now it was time to monetize.

Can You Monetize a New Educational Philosophy? (Yes!)

What’s the revenue model? Bram charges businesses a small fee for participating. Since professors can run multiple challenges simultaneously, a three-month course translates into a few thousand euros. In return, Bram recruits the businesses, universities, and students and then matches everyone together – an exhausting feat.

“After about a year, I wanted to automate,” Bram says. “I started building a platform to streamline the process by matching challenges to professors. Companies submit challenges that the classes then approve. We want the student teams and the companies to influence who will be matched. We use an algorithm developed in the seventies called the stable marriage algorithm. It’s also used in the dating industry.”

The other algorithm Bram is perfecting is a team formation tool. If professors let students form teams, they traditionally end up lacking diversity. Bram and his developers have come up with a series of questions (think: gender, major, and even shoe size) to shake up the teams, matching people who wouldn’t otherwise work together.

But let’s be honest: Even diverse teams don’t promise top-notch results. Companies won’t always be happy with the results from the students.

“Students enjoy working on real-life challenges and they are relatively motivated. However, sometimes there is a mismatch and team members don’t get along, or they don’t get along with the company and no magic will happen. But that happens so rarely and we always work with companies until they’re satisfied,” Bram says.

“We always tell companies that there are great students and not-so-great students. We want to manage expectations since we can’t guarantee quality. But, if they want the best, they should consider a professional consulting company and pay way more.” Many of the companies are not only pleased, they also offer students the ability to intern and continue the relationship long past the school assignment.

Once Bram kickstarted the challenges, schools across the Netherlands took notice. In the beginning, he didn’t have to do any selling. The leads came straight to his inbox in the form of “I want in.” Bram was shaking up his field and it was hard not to take notice. Plus, it was almost as if professors had a serious case of FOMO.

What if Bram could reach universities not currently on his radar? Thank you, internet. Master Challenge began a targeted email marketing campaign to specific teachers and thought leaders that were not yet familiar with his company. This way, he could tailor challenges to specialized coursework and work directly with professors to make it happen.

And then he took it a step further. What if students wanted to participate in challenges in their free time? Master Challenge began creating extracurricular challenges without professors or classwork. He is currently experimenting with this model and trying to gauge interest from students. For this, he needs to recruit students outside of university classes which requires paid advertising. It’s a work in progress.

Once a Teacher, Always a Teacher

Every time Bram hops on a call with a company or a professor, his academic brain activates. He can’t help it. “I want to engage the discussion. I want to know how professors close the gap between education and practice. I want to learn about current courses and figure out how to integrate challenges. It all starts with a discussion.”

Bram’s company has currently hit over €100,000 (around $105,000) in yearly revenue and has established working relationships with almost all of the top universities in the Netherlands. Global domination is on the docket.

The best part? Bram left his day job at the university to focus on Master Challenge full time. He finds time to teach one class a week because he just loves it that much. Bram was able to build a platform to change education’s status quo and inspire the next generation of teachers and learners. Give this man a medal, or at least an apple.