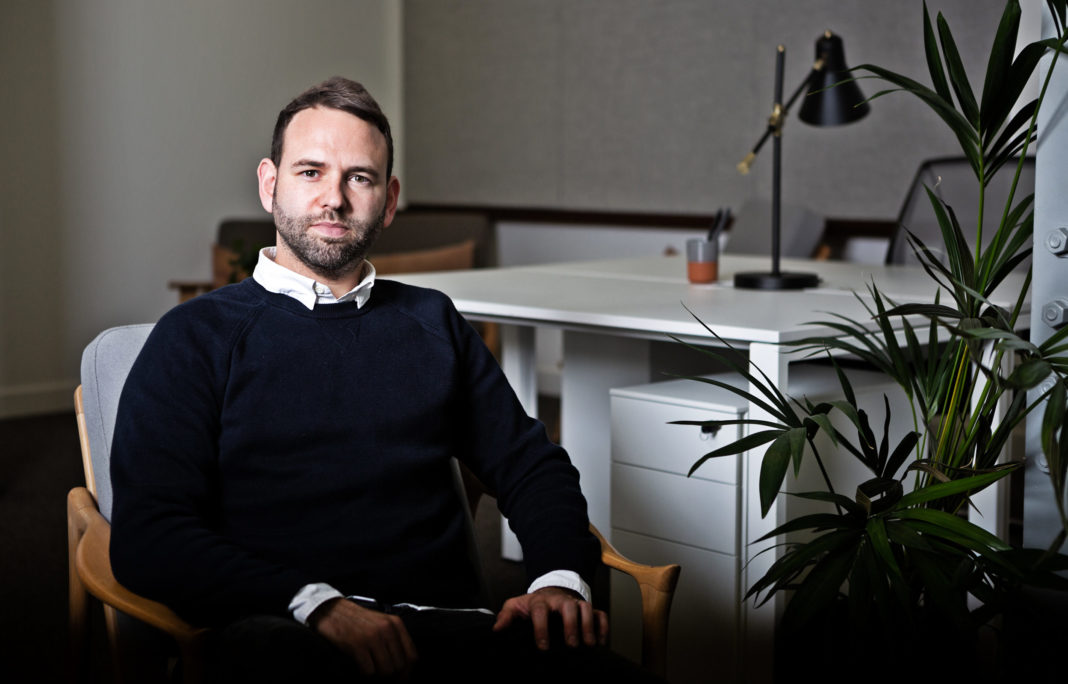 Jason Foster lives and breathes information. He’s the founder of Cynozure, a data and analytics strategy consultancy founded in 2016 in the UK. He loves what better knowledge can do and his entire mission revolves around helping people triumphantly deploy data for benefit. He likes to take organizations on “data journeys.”

Cynozure is wildly profitable and growing but its success was tested in the company’s infancy. Jason was handed a cancer diagnosis that almost derailed everything. Instead, it made him stronger and filled him with more resolve and mettle than ever before.

The story begins in 2016. Jason was working in Information Technology and was content – or so he thought. A lightbulb went off when Jason realized the kind of company that he really wanted to engage with didn’t exist. Jason was not deterred, rather inspired. “It didn’t exist and I wanted to go and create that.” More specifically, Jason wanted to help organizations maximize the data that they have access to.”

This was a leap of faith because Jason had enjoyed a steady paycheck and health insurance since he left university. But he never wavered. He had roughly ten years working for a professional services and consulting company. Jason also had a lot of experience with big retail organizations in the UK so he was confident he could go off on his own and put into practice the lessons he’d learned.

Jason’s biggest takeaway from all of his years in the corporate world was always remembering your worth, and what you can bring to the table. It makes going off on your own much less risky because you know that if a startup fails, you’re still employable. This confidence can turn a back-of-the-napkin business proposal (in Jason’s case, this isn’t a metaphor) into a living and breathing entity.

Eight months into the start of Jason’s new career, he got a call that shook him to his core. Doctors found a lung tumor and suddenly everything shifted. It was horrifying and scary but Jason credits a life-saving operation, absolute grit, and his supportive family for getting him through.

He is absolutely stoic when he describes this time:  “I was always of the view that I will get through this and carry on.” It’s almost hard to believe, but Jason’s diagnosis only set the company back three months.

When Jason reemerged, he led the company to seven figues in revenue, its most profitable year ever. His recovery also cemented a new mission statement: “We want to create a better future for all through the open and positive use of data.”

Jason wants to make sure he’s helping as many people as possible. Cynozure works with non-profit charities for a minimal fee.

He expounds, “We just love to support them because that hits right at the purpose – non-profits are basically there to exist to create a better world for people.” In the corporate sector, Jason and his team bring that same passion to help others. “We really want people to be successful with the way they deploy data for benefit. We create what good looks like and we help people to achieve that.”

Jason knows that technology has a myriad of dystopian possibilities. He is a huge fan of the television show, Black Mirror, but prefers to keep the storylines as fictional as possible. The problem is that AI has already been weaponized in politics and elections. Jason, ever the optimist, wants to focus on enabling positive change. “We can use technology to solve climate crises. We use it to solve COVID. So let’s focus on that. It can do great things.”

Jason and his team are doing just that. One of his clients, British Red Cross, worked with Cynozure to take all of the existing data from the research and analytics team and use the information to support their humanitarian efforts across the world. There plenty of case studies on Cynozure’s website, and all of them speak to making data a living and breathing entity.

Jason believes in total transparency and authenticity. It’s why Cynozure finds most of its clients through word of mouth. By creating a partnership with their customers, Cynozure spends a lot of time listening and strategizing, and never talking at clients. Data doesn’t lie, and neither does Jason.

Jason wants to help others in his industry achieve the level of success he experiences on a daily basis. He runs a podcast called Hub and Spoken. It’s a combination of interviews and discussions with industry professionals (mostly end users) ranging from big corporations to smaller ones across a spectrum. These are candid conversations about how people find success at work and deal with challenges.

Jason also runs a global members club for executive data leaders – CDO Hub – that’s a free-to-join group for senior data leaders. This is a platform that provides peer to peer mentoring and discussions about what works and doesn’t work. There is absolutely no selling, pitching, sponsorships, or vendors. The cost is the member’s contribution to the community. “The idea is to raise the bar of what good data leadership looks like.” The CDOHub is setting the agenda with thought leaders and best industry practices.

The Future of Cynozure Is Global Impact

Cynozure is in year one of a three year plan. Jason is looking at a tremendous year of growth where the company is on target to double revenue. Cynozure is expanding into international markets. And, in his free time, Jason has recently published a book on how organizations can start, scale, and deliver value from data. Data Means Business is available at bookstores nationwide.