How This Family Makes Laundry Easier for the Masses, and Provides Jobs and Steady Incomes for Over 50,000 People 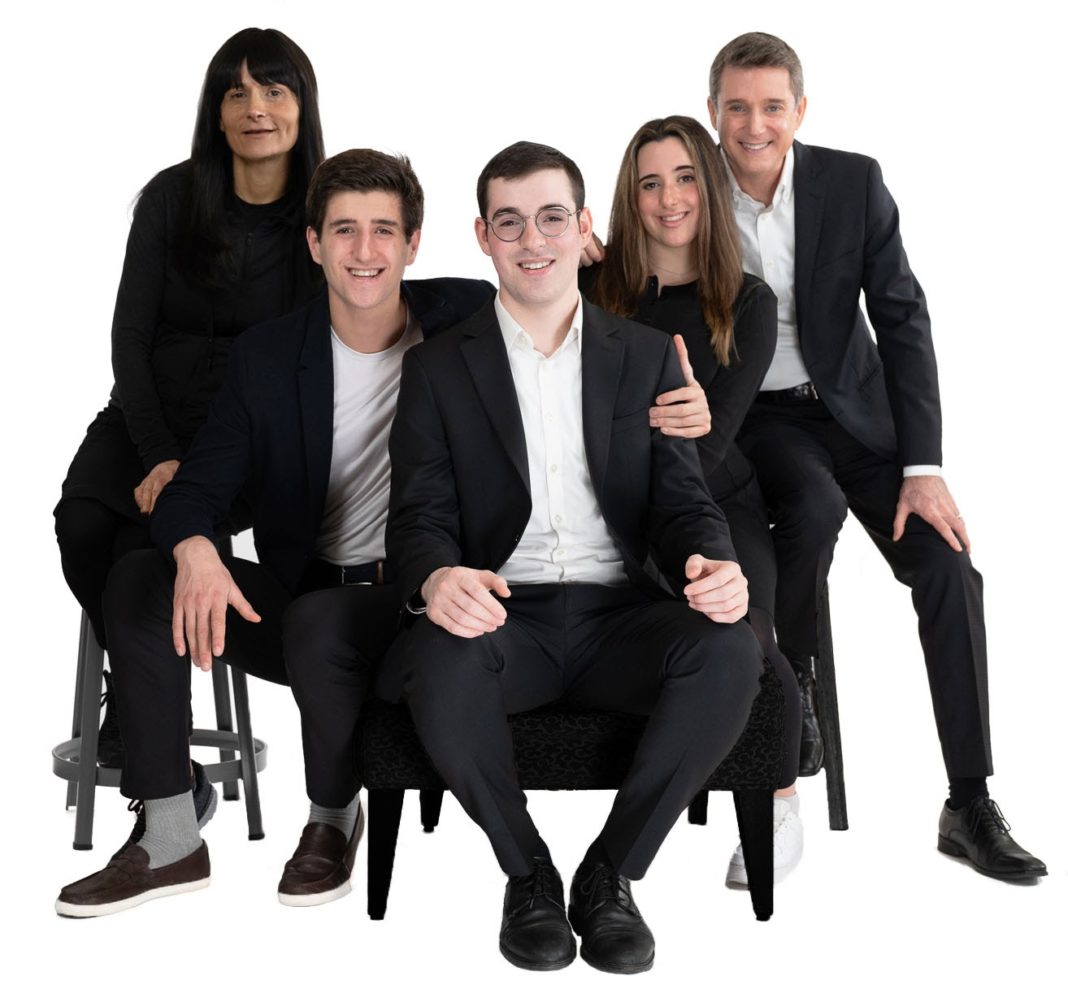 There is a reason why laundry is one of the most despised household chores. It’s one thing if you’re fortunate enough to have a washer and dryer at home, but another when clean clothing requires a trip to the laundromat or the basement of an apartment complex.

It’s no fun. There’s so much waiting – first on a machine, and then the washing (average of 45 minutes), drying (upwards of an hour), and folding. What if there was an easier way? SudShare is changing the laundry game, one dirty sock at a time.

Mort Fertel is the cofounder and CEO of SudShare, the first and only on-demand nationwide laundry service in the USA. Mort knows a thing or two about clean clothes. He says, “People spend approximately 13 billion hours and $75 billion a year on laundry.” But it’s not a chore that people can avoid. He continues, “There are three things that are certain in life: death, taxes, and laundry. We solved one of those problems.”

Mort’s wife, Ari Fertel, was “buried in laundry” with five children at home when she thought something didn’t seem right. “I can open an app and get to the airport. I can Facetime someone on the other side of the world, but I’m still doing laundry.” She didn’t understand how technology has made so many things fast and simple, and yet, has done nothing to help “the chore that takes the longest and the one we hate the most. Why has there been no innovation since the washer and dryer?”

Teenage Coder to the Rescue

Her son, Nachshon, may not have been interested in helping her fluff and fold, but he knew how to code. What if they built an Uber for laundry? It would require having two components, one for the customers and one for the people washing whom they quickly dubbed “Sudsters.” This enables people to work from home and provide a service to those who are happy to outsource it.

Nachshon, then just seventeen years old, got to work. He told his mom, “I don’t really want to help you with the laundry but I can solve this problem for you. I’ll build you an app.” As part of Nachshon’s homeschooling curriculum, he taught himself JavaScript, CSS, and HTML. He then built two apps (one for the customer and one for the Sudster) and a custom CRM.

The idea is simple, and that’s on purpose. Users tap a few preferences, gather their laundry, choose a pickup spot at their home, and leave it to be collected. A Sudster then takes the clothes and washes, dries, and folds them at their home to be returned to the customer the next day. Customers leave ratings in the app, and the Sudsters who have high ratings get access to more orders. Sudsters get paid 75 cents per pound plus tips and can work as much or as little as they choose. SudShare customers pay $1 per pound excluding tips.

Perfecting an Idea Before Scaling Too Quickly

SudShare launched in 2018, but the next few years were spent, as Mort says, “perfecting the app, eliminating bugs, creating policies, procedures, systems, putting quality control systems in place, really streamlining things, and creating an infrastructure.” It was always important for the SudShare to only scale when the team could support it. Mort says, “You hear about these apps and companies that start to scale but the foundation’s shaky and things fall apart. We didn’t want that to happen.”

It wasn’t until two years later that Mort felt ready. He says, “We were always testing our system for expansion. Could we support more cities and more growth? At the end of 2020, we were in four cities and we felt that we had built a solid foundation. We were ready. Within nine months, we scaled to over 400 cities nationwide.”

Finding customers was never a challenge. As Mort says, “If you build something great, people will talk about it, especially when it comes to laundry, which people hate and it consumes all of their time.” But word of mouth only goes so far, so SudShare advertises using Google Adwords to help sell their service.

It’s the Personal Touch That Matters

Customers leave glowing reviews, most of which follow a trope: an initial hesitancy to outsource their personal effects but then surprisingly thrilled with the results. As Mort stresses, every disruptor causes people to think about things differently. He says, “It’s similar to the early days of Uber when the idea of getting into a stranger’s car was a bizarre and foreign concept. But now we don’t even think twice.”

Mort attributes the overwhelmingly positive feedback to Sudsters’ personal touches. Many wrap the laundry in a bow or leave a card and it’s a thoughtful touch that doesn’t go unnoticed. If something goes wrong, SudShare’s garment protection program protects the customer. This insurance (up to $200) is included with every order and customers have the option to upgrade.

Sudshare has a policy to only wash in cold water. This protects colors from bleeding and possible shrinkage. Mort points out that there was a lot of research involved in coming to this company-wide decision. Brand consistency ensures customers enjoy similar experiences.

Camaraderie is an important aspect of the Sudster ethos. Mort explains, “A big part of what we’re trying to accomplish is a sense of community. Our Sudsters are so important to us and we love them, and we want them to love us and feel connected to one another.” Mort tells the story of a Sudster who was in a car accident in Las Vegas. Mort hopped on a plane to visit him for the day. The Sudster immediately recognized Mort from the training videos but didn’t understand why he was in Las Vegas. Mort replied, “You’re my brother and you’re hurt. I’m here to visit you.”

Mort cannot stress enough how important his team of Sudsters is. He says, “The key to our business is the happiness of these people.” To that end, Mort provides training videos and tips with the ultimate goal of “cultivating a positive company culture.”

Mort’s authenticity is paying off in the form of over 50,000 Sudsters and 15 full-time employees. It’s also very much a family business with Nachshon as CTO and his triplet siblings as COO and bookkeeper respectively. Sudshare is growing at a 21 percent compound annual growth rate. Nachshon shows teenagers everywhere that it is possible to get out of household chores by creating successful startups instead, although parents have to be willing to play the long game.