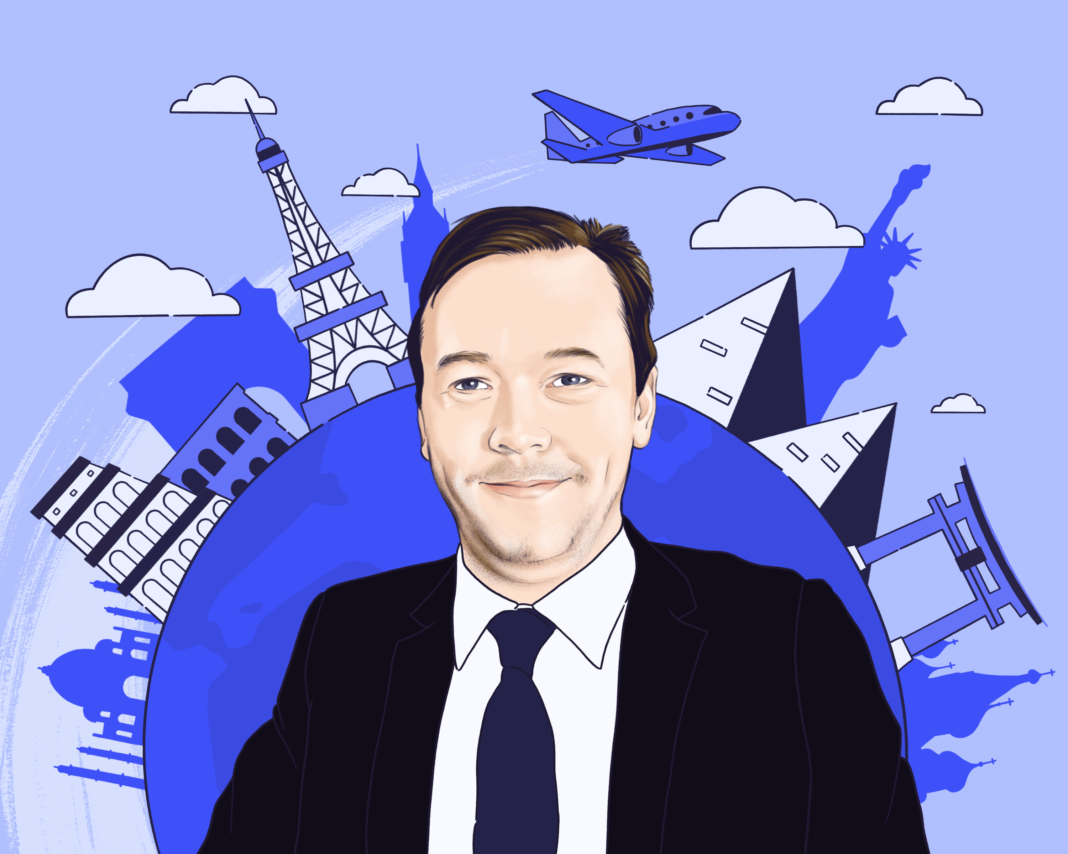 When entrepreneur, Mark Ross-Smith, moved from Australia to Hong Kong, he tried to transfer his elite flyer status to an airline that served his new home.

Status matching, moving from one loyalty program to another, wasn’t a new idea in the travel industry. But Mark couldn’t believe how difficult it was to initiate as a consumer. Believing he knew of a better way, Mark started Status Match to eliminate the frustrations for other flyers.

If anyone could take on the challenge, it was Mark. He experienced early success when he sold a social media company that he built from scratch in his early twenties. When Mark had to pay exorbitant taxes in his home country of Australia, he moved to a more tax-friendly location.

As he sat on hold with airline after airline, he promised himself that he would learn everything he could about travel and flying. He would become the expert he wished he could have called upon when trying to transfer his elite flyer status.

“You Can’t Always Get What You Want”

Mark left Australia without successfully petitioning any airlines to match his status. Fueled by the rejection, he learned everything possible about airline loyalty programs.

He signed up for every convention. He scoured the web, discovering a passionate community devoted to airline loyalty programs, and websites like The Points Guy and Million Mile Secrets dedicated to helping flyers. Mark befriended them all.

Mark funded his research with the money he made from his acquisition. He likens this phase of his life to the Jim Carrey movie “Yes Man.” He says, “These were not cheap events to go to. Many cost $2,000 just to get in. But there’s no university where you can learn about loyalty programs. So, I just said yes to everything.”

“Airlines are really terrible at acquiring high-value customers,” Mark says. “They’re great at sending emails about quick $150 flights to Colorado or getting people to sign up for credit cards. But if you’re trying to reach out to an airline about anything else, especially loyalty programs, you need to beg. You email, wait a month, and maybe someone replies to you. And in that time you’ve done 50 flights because you’re a frequent flier. And you forget about your first request and you move on. The system is broken.”

A Turn of Events in the Form of a Day Job

One day, Mark received a call that certified him as an airline expert. A fan of his blog was leaving her senior-level position at an airline and wanted to know if Mark would be interested in replacing her. Mark says, “I was unemployed and had never worked for an airline before, so to be offered a very senior role was wild. The airline industry is very incestuous and they only hire people from within. This was absolute validation.”

Mark didn’t even know what a fair salary was in the airline industry. “They asked me what I was expecting and I said I had no idea. They asked me how much I was earning at my last job, and I explained that my last paycheck was 2 million dollars. They quickly said they couldn’t pay that, but I just had no idea how to price it.”

Mark, not usually one for a traditional day job, soon found himself at a desk in a suit and tie. He was working for one airline and faced all of the bureaucracy of a global organization. Feeling stifled, he delayed launching his status matching business but continued networking on LinkedIn and updating his blog. He soon met two other loyalty experts at competing airlines and brainstormed ways to finally launch his business idea.

Tackling the Original Project With a Team

Burned out by the daily grind, Mark left his full-time position on good terms and returned to his original plan. His co-founders had launched loyalty programs for both Virgin America and Virgin Australia. Thanks to the global pandemic, the trio joined forces remotely, adding financial and creative skills that complemented Mark’s entrepreneurial bent.

Mark’s first business move was to convince his partners to spend $20,000 on purchasing the domain name statusmatch.com. It was an expensive acquisition – especially in the company’s infancy. “We hadn’t raised a cent. We were bootstrapped so twenty grand was a big deal. But I told them that this was going to be the best thing we ever did because it was the equivalent of owning search.com.”

After acquiring the domain name, Mark created the infrastructure to match airlines and customers on his site. Customers fill out an application, and then Status Match matches them with available airlines. Mark taught himself to code using internet resources, secured AWS credits to host the site, and signed up for a free Stripe account to handle billing.

Mark charges customers $49 to apply, which he shares with the airline. It costs airlines nothing to participate, and in exchange, they receive a vetted frequent flier. The customer, in turn, joins a loyalty program with benefits previously off-limits to new customers.

Status Match had the gift of Mark’s built-in audience of email and blog subscribers. Mark knew who worked at airlines and how often they opened his content. Starting with the person who read the most emails sent from the blog, an employee of Frontier Airlines, Mark secured a partnership with their airline in just three weeks.

On the launch day of the Status Match product, the startup billed over $50,000 in credit card payments. They continued this momentum for six weeks, solving problems on the fly: “We were learning as we were going. There were a lot of mistakes made with Stripe (incorrect payment methods and flagged accounts) and I had never used them before, and I was in charge of coding. But it worked out okay.”

Mark used his blog and LinkedIn to announce the launch of Status Match, and for a while, tried social media marketing, too. In the end, most of his leads were organic.

The Frontier Airlines launch did so well, that other airlines began to contact the team to opt-in. Soon, all of the sales calls were inbound leads. Customers found Status Match and signed up on their own too. The team created an “Unrequited Demand” feature for airlines not on their current roster. For $99, Status Match will do the due diligence for the airlines and then hand them a verified customer free of charge.

Airlines were eager to make moves because the pandemic hit their bottom line. Status matching gave them a chance to lure new customers in and help procure funding. Mark explains: “All of the airlines had run out of cash once people stopped flying, but with the CARES Act, the government needed security for their loans which came in the form of loyalty programs which were valued independently. For the first time, loyalty became visible to the world. The US Securities and Exchange Commission filings were all made public. The American Airlines Advantage program was worth 29 billion dollars while the airline itself was only worth 12.”

When people began to resume travel post-pandemic, governments were eager to help deliver them to their destinations. Status Match quickly saw the opportunity to connect. When they added Air Canada to their program, neither customers nor the airline paid the Status Match fee. Instead, Canada’s Ministry of Tourism handled all of the necessary costs.

Currently, Mark manages a team of eight and ten participating airlines. Status Match brought in $1.5 million in revenue last year. At the time of this interview, Mark locked in two new airline clients in one week. He’s grateful that he had his day job when he did, but he doesn’t miss that grind. He says “Having an office job is riskier than being an entrepreneur because you could be fired at any moment.” Mark aims high, and given the industry, that’s not a bad thing at all.