How This Teenage Entrepreneur Brought Ecommerce to Rural India 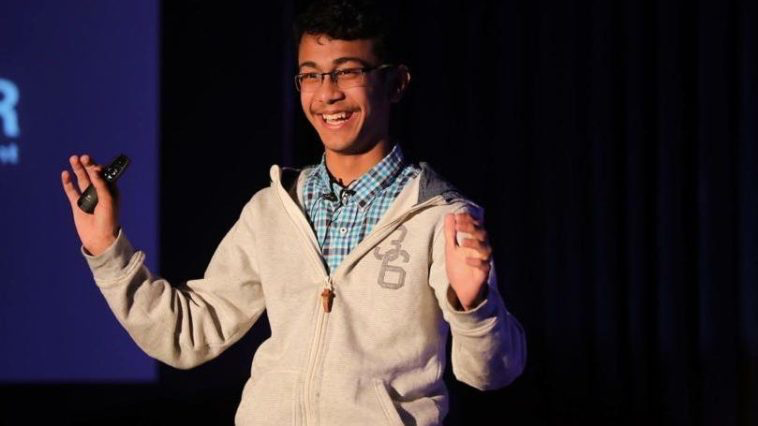 In life as well as business, momentum is everything. With consistent effort, a small startup you created in your twenties could become a large corporation in your thirties. Now, imagine where you could be in your thirties if you started at ten years old.

I got on a call with one entrepreneur, Kunal Chandiramani, who got the proverbial snowball of his career rolling much earlier than most.

At the age of ten, Kunal used his self-taught coding skills and ingenuity to modernize life in rural India. His small projects soon became large businesses that he balanced alongside primary schooling.

Though many questioned Kunal’s parents’ judgment for allowing him to prioritize personal projects over schooling, Kunal bucked all expectations. In a decade, his ventures have rocketed him to four businesses, a foundation, and a seven-figure acquisition by the age of twenty.

Kstar Ecommerce was teenage Kunal’s first true business venture. It was an online marketplace helping local craftspeople sell to buyers around the country. As rural India had only recently installed reliable internet, Kunal and his team needed to simplify their product to work with basic, low-bandwidth technology. They were rewarded with a successful acquisition in 2020.

Kunal has since rolled his successes over the past decade into multiple profitable businesses in recruiting, marketing, wellness, and more. He’s united all his projects under Kstar Holdings, channeling his efficient HR and operations teams across multiple startups. He now tours the world as a keynote speaker and podcast host encouraging adults and children alike to chase their dreams.

Here’s how he used brains and business momentum to create a small business empire as a teenager in India.

As a child, Kunal was always searching for ways he could use technology to solve everyday problems.

“Throughout my school life, I always wanted to explore new things,” he says. “I think it’s scary how schooling is limited to textbooks. There’s nothing practical about it. The biggest thing that kids learn today is to be scared of failure.”

In 2016, when he was fourteen years old, he launched his first business, Kstar Ecommerce. It was an ecommerce marketplace helping handicraft merchants sell their products to the rest of India. A possibility only available since the recent proliferation of the internet in the countryside.

While India’s major cities have been online since the early 2000s, rural India only joined the web in 2016. That year, Indian billionaire, Aakash Ambani, launched telecommunications giant, JIO India. Millions of villagers, many of whom had only recently received reliable electricity, now gained access to 4G internet at some of the cheapest prices in the world. However, most transitioned slowly to the new technology and its possibilities for their businesses.

Kstar had no competitors at the time and it caught on promptly. A year later, Kunal hired his first developer followed by a team of salespeople.

“I’m very passionate about starting stuff and I love that feeling of hiring the first five people and building a team,” he says. “We really grew into a business when I hired my first employee. At that point, we re-engineered the platform because it needed to stop being a teenager’s side project.”

Once Kunal fixed Kstar’s website, he expanded it by sending salespeople to neighboring villages to spread the word about his platform. He only needed to convince one or two merchants per village to get half the town online.

“If one person started using our platform fluently, the FOMO would hit others because they’d see their competitor down the street being so successful. We didn’t have to worry about the competition at that point, so it translated into customers quickly.”

While Kstar Ecommerce initially had little competition, that changed as copycat entrepreneurs materialized and sellers became increasingly frustrated with Kstar’s interface. Churn rates began to rise too. While merchants signed up to the marketplace in droves, few were tech-savvy enough to use the platform to grow their business.

“Some of the most candid and brutal feedback I ever got was on a flight when two gentlemen beside me started criticizing Kstar,” said Kunal in an interview. “Without letting them know I was the CEO, I spoke with them and got their honest feedback about how difficult the marketplace was to use. It was a valuable experience.”

While merchants could easily sign up on the marketplace, high-level elements like payments and deliveries were unusable to many. Kunal and his team spent months simplifying all the processes on Kstar until a merchant could set up a store and sell in as few clicks as possible. But that wasn’t the end of their problems.

In 2020, right before the pandemic, Kunal and his team released an Android version of Kstar Ecommerce. But as the ecommerce wave swelled in the wake of COVID-19, Kstar Ecommerce stagnated. The app crashed constantly – and it had nothing to do with software or UI.

“The biggest problem was the devices used by people in rural India cost less than twenty dollars, and they had terrible RAM.”

“The biggest problem was the devices used by people in rural India cost less than twenty dollars, and they had terrible RAM,” says Kunal. “These phones probably couldn’t get past the loading screen on a game of Candy Crush. We needed to make technology that worked on low-bandwidth connections too.”

Selling Kstar to Create an Empire

By the end of 2020, Kstar reduced its app’s processing demands enough to work on cheap mobile phones. At that point, it was earning more than enough money to make any teenage entrepreneur happy, but Kunal exited his four-year-old business in an asset sale for an undisclosed sum. Post-exit, he was allowed to keep the Kstar name and transferred it to a holding company for future businesses called Kstar Holdings in 2021.

Kunal fell in love with the high that comes from scaling projects. He wanted to use Kstar Holdings as an incubator for innovative new projects out of India and began expanding it into any field that piqued his interest.

“We’ve built a very casual and entrepreneurial culture at Kstar,” he says. “Anyone on the team can come up with a great idea and we’ll start it. The founder DNA is a key part of the team DNA. When I say that I have no cofounders it makes me sound very independent, but that’s not true. Instead, I have great team members.”

Kunal had already laid the foundation for another business in 2015 (when he was 13) called Alacrous – helping high school students find profitable internships. He worked on the business sparingly alongside Kstar Ecommerce and then expanded it following the sale.

“Many businesses need the same basic ingredients like HR and operations so it’s easy to start one after another once you have those structures in place.”

“We started all other businesses and then their resources started working together,” he says. “Many businesses need the same basic ingredients like HR and operations so it’s easy to start one after another once you have those structures in place.”

In 2020, Kunal started another company – a corporate retreat and event planning business in the enterprise mental health space called dToks. That project spun off into a foundation donating to different mental health charities as well as a podcast, dTok’s Talks That De-Tox, ranked number nineteen on Spotify’s list of mental health podcasts.

Most recently, Kunal created Over Cranium Augmented Computation to move into the wearable and health-tech space. It’s a headset device that records participants’ response time, breathing, and stimulus reaction.

Looking Back on a Decade of Business and Growing Up

After almost ten years in the tech world, Kunal has more opinions than founders twice his age on what works and doesn’t in the startup world. He believes the key to his success is focusing on trends that help the people around him.

“Profits alone can’t shape a business’s future,” he says. “While profit helps a business survive, they don’t help them thrive. When you focus on solving a big problem, there are always ways to monetize. You want to create changes that can outlive your business.”

Juggling three businesses and a chairman role at a holding company have also taught Kunal the importance of focus.

“Say no to the good and say yes to the great.”