If You Can’t Beat ‘em, Fix ‘em – This Founder Improved Google’s Chatbot Instead of Competing With VCs 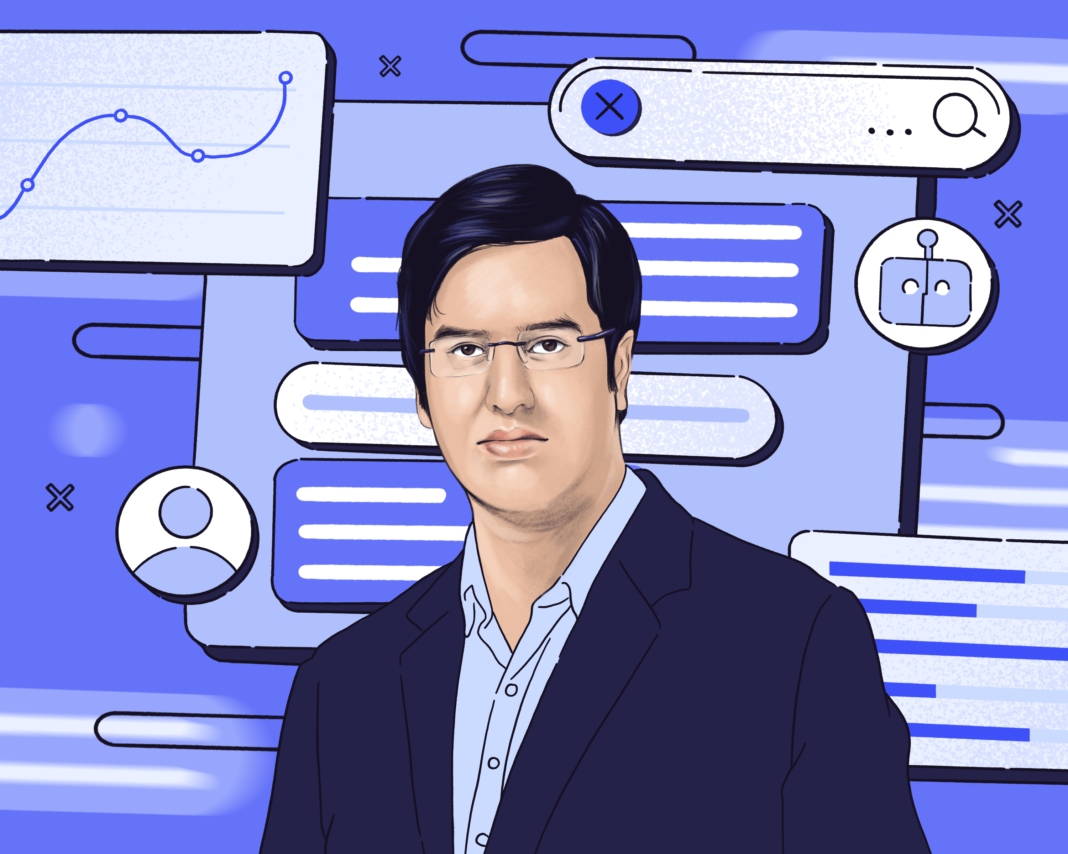 Remember the last time you called a service provider? You probably talked to a robot. Maybe that same robot asked you to return to the website help section to solve your problem.

But, according to one founder, these automated services aren’t destroying customer service. In the long run, they make the industry more sustainable.

While working at tech startups, Devashish Mamgain noticed customer service could barely keep up with growth. The average rep was juggling a constant stream of customer service requests, career development, and learning about product updates.

To take the burden off of customer support staff and help them prioritize requests, Devashish designed Kommunicate, an AI-based chatbot. But he couldn’t find an audience for it. Too many other VC-funded chatbots drowned him out with their enormous ad budgets.

Rather than compete, Devashish redesigned his tool to fix established chatbots like Google’s Dialogflow and IBM’s Watson. Now, his business makes half a million in ARR – most of it without hiring a single sales rep – and counts Amgen, Vogo, HDFC Life, and Eurostar as customers.

Here’s how Devashish made a competitive chatbot by making his competitors even better.

Like many Indian developers, Devashish has worked in startups most of his life and has run his own since 2014. In all of them, he saw that their customer service was unscalable.

“At every business I worked at, customer service people were overworked and it still wasn’t enough,” he says. “One customer service guy can only handle about eighty calls in a day, max. If a company is dealing with ten million customers a day, how can they possibly service them all?”

In 2015, he created a chat API development startup called Applozic with two other cofounders. In that first year, he handled customer service himself, learning firsthand how much time and knowledge it took to support customers.

While Devashish knew chatbots could replace CS staff to an extent, he wanted to create one that agents could train to handle difficult technical questions. He got together with his longtime cofounder, Adarsh Kumar, and created a new startup called Kommunicate to tackle the challenge.

Fabricating a basic chatbot was easy enough for the two software engineers. They also had some great marketing opportunities early on. “Members of our team were writers for five major tech publications in the area,” says Devashish. “We could distribute content to many places quickly. We also started a YouTube channel. Being a bootstrapped business, we didn’t have the luxury to spend on ads at all.”

But even though the team did marketing right, Kommunicate had a big problem: a saturated market. They couldn’t rank high enough on Google to draw in leads. “We wrote all this content and then nothing happened,” says Devashish.

The team realized they needed to solve a better problem – one with an audience. They searched ProductHunt for chatbot products they could fix until they struck gold: Google’s Dialogflow. It’s a speech recognition platform used to design and create conversational interfaces, or in simple terms, a popular and powerful free chatbot builder. One with many small features needing improvement.

“We noticed Dialogflow got a lot of requests for small improvements like chat widgets for mobile apps on Android and iOS,” says Devashish. “We decided to make our product address those problems. To start, we provided a quick, codeless integration with their chatbot for a small fee. Dialogflow provided the Natural Langauge Processing part and we provided all the small UX tweaks required for customer support – and that worked for us.”

Almost immediately, Kommunicate’s UX improvements for Dialogflow brought in business. In Kommunicate’s first year, it acquired over 200 customers and ranked at the top of Google search – not as a chatbot, but as a UX improvement for a major, open-source chatbot.

Over the next year, the Kommunicate team expanded their Dialogflow integrations to IBM’s Watson, another popular AI chatbot platform, and eventually into Amazon Lex. Soon, Kommunicate’s brand began to grow.

At the end of their first year of operations in 2019, they made $100,000 in ARR. Over the next two years, they added 35 remote employees and an office in Bangalore. In 2022, Devashish says they’re on track for one million dollars in ARR.

Today, Kommunicate is full customer service automation software. It has its own Kompose AI Chatbot builder and external integrations with speech processing apps like Dialogflow and Watson. It gives businesses easy tools to create an AI chatbot with advanced capabilities. It also supports integrations with popular platforms like Shopify, WordPress, Zendesk, and WhatsApp.

“You can connect our product to your database through backend APIs,” says Devashish. “We also have a live chat interface with a bot to answer anything you teach it. If the bot can’t handle a conversation, you can hand it over to human agents to do the rest. Kommunicate also has a simple design interface that lets agents create their own chatbots to answer basic questions if they need to.”

Besides making customer service smoother for companies and their customers, Devashish also wanted to create a better environment for customer service staff. He thinks most staff don’t have enough time to do their jobs effectively.

“At all the tech companies I was working at, the customer service teams had more than thirty people and they never had a minute of free time,” he says. “If they are overloaded with work when will they have time to upskill? If you look to other professions like sales and engineering they all can upskill whenever their products get updated. That’s because they can push their deadlines off. Support agents can’t.”

While some might think the future of customer service is to do away with human support entirely, Devashish disagrees with this train of thought. “People will create a chatbot just for the sake of using new technology. That doesn’t work,” he says. “Sometimes chatbots are pretty dumb and that leads to customer frustration.”

Right now, he says the biggest issue plaguing companies using chatbots is making sure their bots stay up to date. Part of the way they can do that is by giving their agents time to train the bots.

“Businesses have to keep maintaining their chatbot because, like every product, they go through many changes,” he says. “You have to review what kind of queries customers are asking and how they’re asking them and you need to constantly feed that data to the chatbot so its accuracy improves.”

To combat the issues with making and updating chatbots for complicated industries, Devashish says Kommunicate plans to make one that learns directly from human agent responses.

Thoughts on the Chatbot Industry

As for the chatbot industry as a whole, Devashish says competition today is only growing. “There are so many competitors and so many different types of bots,” he says. “Some focus on marketing, some support, and some sales.”

While many of his competitors have raised hundreds of millions of dollars in funding, Devashish thinks that shouldn’t deter newcomers, especially bootstrapped ones. “All of these companies are burning money to compete against each other, but the day they stop paying for ads their customer acquisition also stops. Because we are bootstrapped, we have spent a lot of time making our product self-serve. Companies do a thirty-day free trial and then they buy. Ninety percent of our purchases happen without interaction with the sales team. Only in 2021 did we even start hiring a sales team.”

For other founders, Devashish has this advice to give:

If a customer sees value, they should be paying. If they don’t, ask why.

“When you are just starting, other startups will come to you and ask for the product for free. Don’t give out your product for free. As founders, we get tempted to let people use it without paying because we want to see if they like it. However, if a customer sees value, they should be paying. If they don’t, ask why. I’ve learned it the hard way.”

Devashish’s story has a lesson that many founders need to hear. Hoping to attract a large market also means competing with large, well-funded businesses. Your first product needn’t compete with the best immediately. Just fix something the large businesses have missed and you’ll have all the customers you need to start.