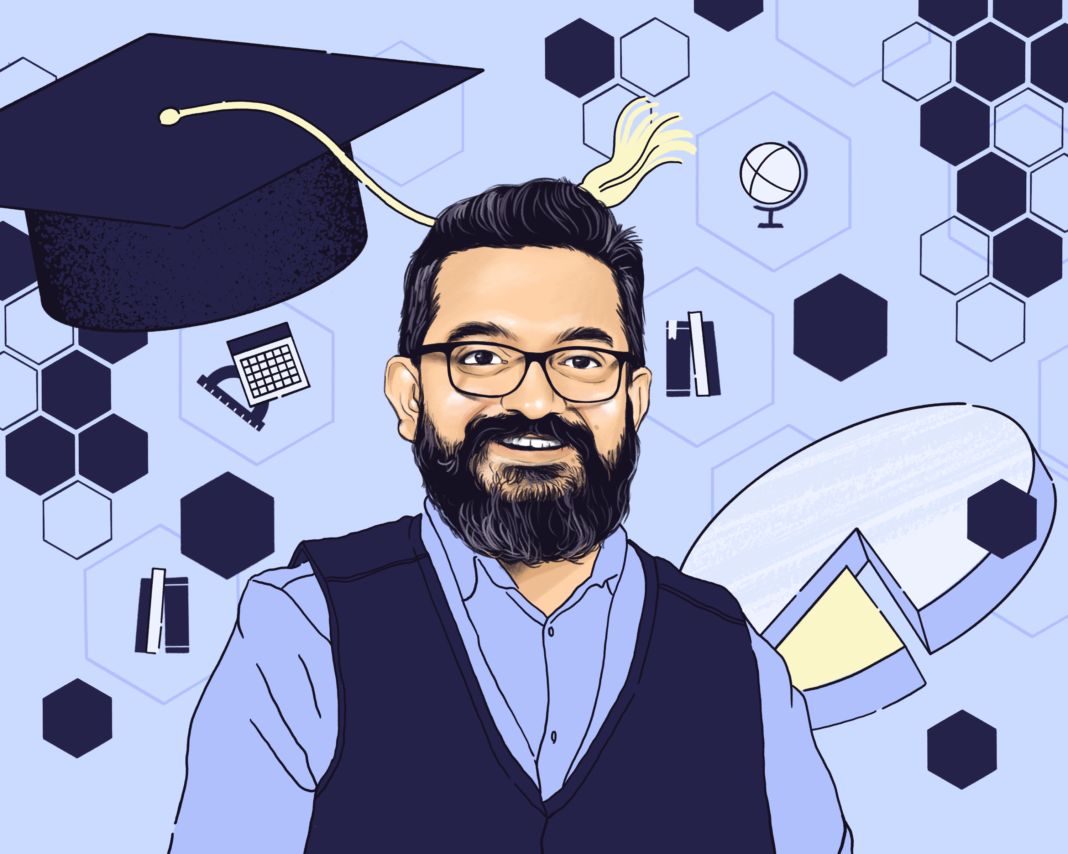 Akshay Shah’s entrepreneurial journey took a bit of a circuitous path. Despite coming from a “family of entrepreneurs,” he planned to become an accountant. He soon realized that he couldn’t escape his calling and accounting made him miserable.

Akshay honed in on technology which was always a passion of his. He wanted to reframe India from “service provider capital to the world” to something more forward-thinking. Akshay launched iWeb, a SaaS company working to help digitize India in an accessible and cost-effective way.

Akshay focused on selling intuitive software products for Indian “mom and pop” stores. The goal? To help them digitize their businesses without the high cost of something like Salesforce. He offered to come in and bring companies online for a fraction of the price. But despite many sales, the work didn’t scale.

Akshay says, “It was not scalable to build so many different scaffolds.” If that wasn’t enough, he wasn’t getting paid until completion. “It was a mess. There was so much code to manage, web, and customization. I couldn’t scale because I was reinventing the wheel every single time for every customer.”

To build something scalable, Akshay would need to focus on one industry. First, he explored healthcare, but the market was saturated, so he switched to education.

“Education in India is different from the States,” Akshay explains. “In India, high schools are all affiliated with universities. There is also a fair deal of bureaucracy, many people needing to sign off, which makes everything take so long.”

Akshay wanted to streamline the process using Azure PaaS, .NET, MS SQL, and other tools. Through his software, universities could manage admission management, student attendance, finance, student exams, purchase and store inventory, and even payroll. In short, it could do everything, and he gave it a worthy name: Integrated University Management Solution (IUMS).

Educators loved how clean and concise the software was, how accessing everything through a single portal saved students and administrators time. But Akshay still bumped up against the same problems at the beginning of his foray into education: Intuitive software wasn’t enough. Multiple employee sign-offs delayed payments and adding additional clients didn’t fix the cash flow problem. Akshay needed to change course for the third time.

Akshay realized that he could make life easier for both teachers and students with his iWeb version 3.0. He transformed his business model and approached the financial institutions (banks and credit unions) that students were using to help fund their schoolwork and asked if they wanted to partner with him. The idea was simple – students could pay fees online and iWeb would take a commission on each transaction.

He then approached the universities and offered his services for free. When students logged onto their university websites, they could pay their fees through participating banks and loan institutions. Unsurprisingly, everyone was on board.

Akshay explains: “In India, the digital economy picked up in a big way. So, in 2019, you could see that everyone was shifting toward demonetization. We had payment gateways and relationships with banks. So, our pivot was a brain wave.”

This was Akshay’s vision: “Now, sitting at home with multiple payment options, kids pay fees at the click of a button and get instant receipts too. Students pay admission, exam, convocation, hostel, and enrollment fees too. For every single transaction we monetize and can keep our main product (IUMS SaaS) for the university free by earning on a per-student-transaction basis.”

Akshay thought that he had anticipated everything before his freemium rollout. Then came yet another wrench in Akshay’s plans in the form of a global pandemic. When students were all sent home and universities closed, the Indian government decided not to charge tuition fees.

How Can You Make Money without Tuition Fees?

Akshay asked himself: “How on Earth do I make money?” Unsurprisingly, sales dropped 75 percent. Akshay monitored every new variant (“We watched wave one, and two, and three”) until he, like the rest of the world, understood that life would resume and we would learn to live with the virus. And that’s exactly what happened. Universities started to reopen, and the ones that didn’t, still began to charge fees for online coursework. iWeb was back in business.

Pre-pandemic, iWeb had 18,000 students on its platform. Currently, that number is closer to 700,000 students and growing. Of the 700,000 students, at least 300,000 are paying fees through the platform. Many universities are not back to being completely operational, but iWeb is slowly recouping its Covid losses. It’s on track to hit $250,000 in annual revenue.

Akshay wants to bring his technology to an international market but it’s hard to grow without capital. He’s explored raising funding and has interested parties that will help him branch iWeb to Africa and the UK. Akshay says, “Initially, I wanted to serve the Indian market. We’ve stuck to that. I have zero exports because there is so much internal demand. Why don’t we serve our people before we go and serve others? But now we are ready.”

Despite finally being ready to entertain funding offers, Akshay doesn’t look down on his days as a bootstrapped entrepreneur. He says, “Being bootstrapped was the best decision I made because I built something from scratch without outside input. I wouldn’t have been able to do that if I had picked up some money from outside. I would have been answering to other people. I didn’t want to lose my technical freedom, intellectual freedom, or the ability to take risks. I’m thankful for the journey, and especially having skin in the game.”

Akshay believes hard work can overcome even the toughest challenges. iWeb went through multiple iterations because Akshay was at the helm. Many of those lessons were painful, but ultimately helped iWeb reinvent and grow, global pandemic and all.