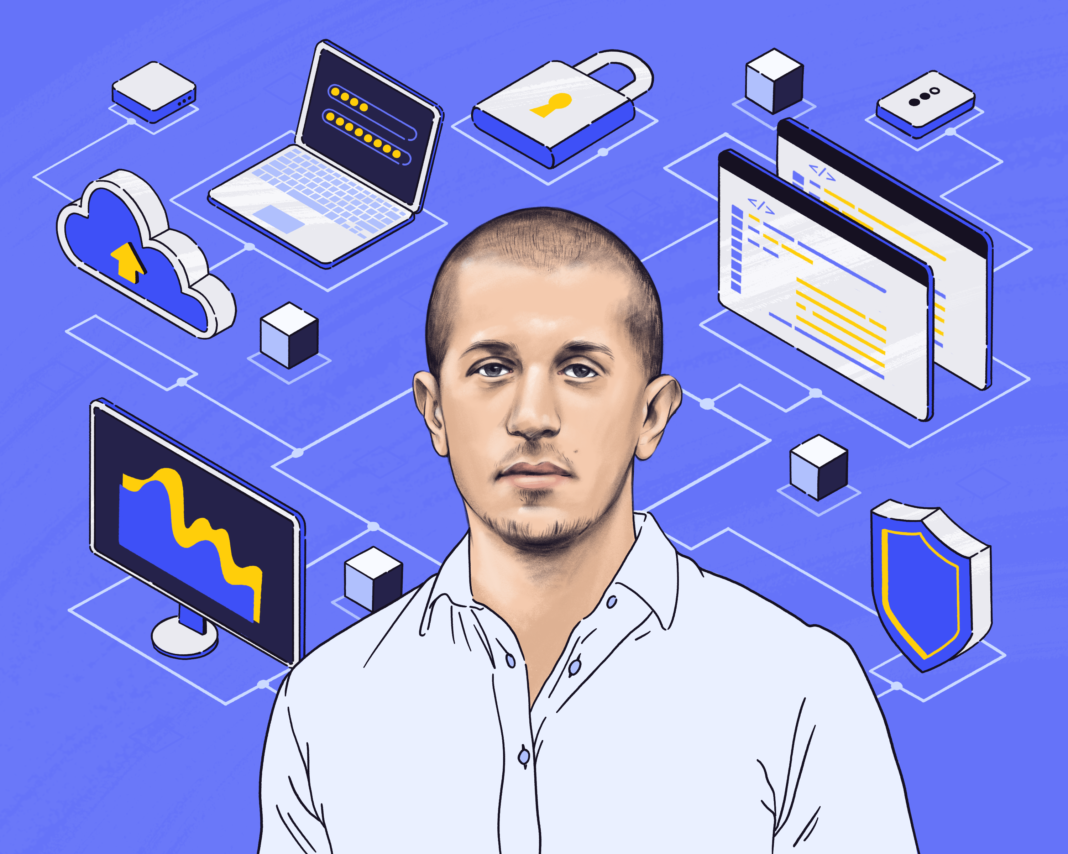 During the pandemic, remote working suddenly went from a company benefit to an industry expectation. At many pre-pandemic businesses in the US, you’d be lucky to get one day of “telecommuting” a week – remember when it was called that?

But in many other parts of the world, remote work has been the norm since the mid-2010s.  And the flexibility of the remote office has allowed many founders to build big businesses much faster than they could under the old system.

Diego Woitasen from Argentina created an entirely remote team for his startup, Flugel, in 2015 when a giant corporate client hired him to create and deploy internal apps on the cloud. To get his service to the level required for a multinational, he created a business out of fellow contract engineers on Elance (now Upwork) in months.

Six-and-a-half years later, Diego’s team of former freelancers reported $1.5 million in 2021. It also boasts a staff of 40 fully-remote engineers and an expanding roster of startup clients using its services to scale up in the cloud faster.

Here’s how Diego harnessed the power of remote contractors to go from contractor to CEO of a multimillion-dollar consulting company in under a decade.

The Secret to Scaling: Win a Huge Client

In 2015, after nearly half a decade in cloud computing and DevOps, Diego was backed into a corner. He needed to find a team of cloud engineers or risk losing the biggest client of his career.

One year earlier, he and a friend had accepted projects with two small startups. These clients had contracted the duo to help them automatically create and deploy code via robots based in the cloud. Before cloud computing, this was a process many companies wouldn’t risk – it required countless work-hours and risked crashing their home servers.

“While it took them months to build their current platform, we reduced the time it took to make future versions to a few days,” says Diego.

The clients were happy with Diego’s work and referred him to another larger client (Diego asked that they remain unnamed as they are still a client). But Diego and his cofounder quickly realized they lacked the staff to do the work. To fulfill the needs of their client, they left Elance, created Flugel IT LLC in 2015, and began hiring extra contractors for the job.

Flugel first hired contractors through LinkedIn and Elance. After tapping those talent pools dry, they hired an agency to bring on more people. They built a team large enough to take on an entire portfolio of clients eager to break into the cloud.

“In the beginning, we didn’t do too much marketing,” says Diego. “We started to grow through word-of-mouth and referrals. We posted a lot of content on LinkedIn and got clients from there too.”

Cloud-based automation took the world by storm around that time in 2016. Flugel grew fast and growth remained stable for the following two years. In 2019, they began investing in marketing and networking.

After a slight slowdown during the pandemic, small businesses looking for cloud automation to accelerate growth began to request Flugel’s services. Diego says revenue increased by 50 percent in 2021 and has been increasing rapidly ever since.

Today, Flugel has 40 employees from eleven countries including Argentina, Colombia, Brazil, and Russia. They also have dozens of clients. When I talked to Diego, he’d recently moved from CTO to CEO after his co-founder left and was preparing to change Flugel from a contracting business to a productized service.

Building on the Cloud Requires a Team

Flugel IT helps businesses manage their infrastructure and run applications in the cloud. Both are hard to do without a team of specialists. When Diego worked as a contractor, he was always part of a team.

“DevOps and cloud engineering talent are hard to find because they are difficult skills to develop and have only been around for about a decade,” says Diego. “If you want to build in the cloud you need to contract an organization that does everything because you need skills you can’t find in a single person. For example, it’s hard to find an architect who is good with compliance. Even if you focus only on the cloud engineering part you still need to have at least two engineers for most projects.”

Flugel has three major services: One is Managed DevOps where businesses can hire a trained team of engineers to build cloud infrastructure. Another is Flugel’s twenty-four-seven support team. Finally, Flugel created a new cloud security and compliance service last year in 2021.

Pricing is variable based on factors like engineer availability, whether a client wants to use a project management framework like Agile, and the type of cloud automation they use.

Diego takes pride in how quickly his business can start helping clients.

“Building everything from scratch by yourself takes months or even years,” he says. “Our organization has a plug-and-play approach. If a client hires us today, we’re ready to start providing value very quickly. We have a lot of pre-built infrastructure with major cloud providers like AWS.”

On the contractor side, Flugel has created a rigorous internal process for hiring staff and training them to understand their tools.

“We have a framework for hiring people,” says Diego. “That includes a library of internal modules on our cloud architecture. All our new hires work internally on our library project to get familiar with the types of tech we use before they are allowed to start contracting.”

While Flugel still works with that first large client that spawned the business, it has begun helping small businesses and startups.

“Our clients usually approach us when they pass the seed stage,” says Diego. “They have product-market fit and they need to scale. Often they don’t have the money to spend on infrastructure. We review their infrastructure to make sure it is ready to scale up and then we help them build.”

Flugel targets startups because Diego likes connecting with the people running the business.

“We like working next to founders of companies. It lets us have frequent conversations with them about how their business is going,” he says. “You can’t have that view when you’re talking with someone lower on the org chart. It’s more rewarding because we can see how we affect the company.”

Diego wants Flugel to be less of a contracting business and more of a tech solution.

“We call ourselves a ‘staffing plus’ service right now because we provide professional engineers to do all the building and operation of the cloud,” he says. “I think in the future we will start packaging services in a bit more of a productized way so revenue doesn’t rely so much on headcount.”

Now Is the Right Time to Be in Cloud Automation

Diego thinks that cloud automation for businesses is in the mass adoption stage. Businesses that bring clients into the cloud today will be ready to capture larger organizations, even governments, as clients tomorrow.

“Cloud technology has settled down a bit,” he says. “I haven’t seen new technologies in this space for the last three years and I think we are in a time of mass adoption for the next three years. Startups were the first ones to use this technology but now it will start moving to big businesses and governments.”

To other founders in tech, Diego says to make sure to learn how to market your product as soon as possible.

I regret not learning about marketing and sales in the early days.

“I regret not learning about marketing and sales in the early days,” he says. “I used to be very much a tech guy and wasn’t interested in that stuff. It would have helped grow our business much faster and given us more tools.”

How Diego created Flugel follows a trend in startup stories: A skilled founder creates a client-based service for cash flow. One large client forces the founder to scale into a business. Finally, the founder steps back and creates a SaaS solution for problems their clients have. It’s a blueprint that may be foolproof. Especially if you know your field as well as Diego does.