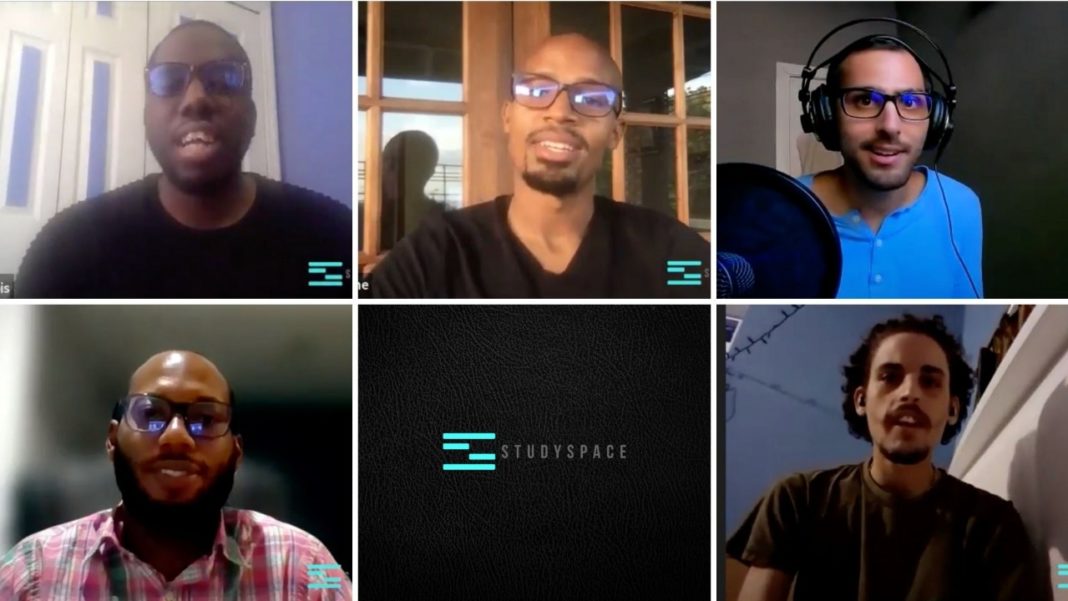 “What am I most proud of about our team? The fact that we’ve done so well when none of us have a wealthy last name,” says Darnel Francois, founder of Trinidad and Tobago’s convention-busting edtech platform, Study Space.

This might sound strange to an American reading in Silicon Valley, but in the Caribbean, it’s a fact of life. “We have a bit of ‘small town syndrome’ here,” says Darnel. “Opportunities often are easier to get with connections and family ties.”

Unequal access to opportunities and the expanding availability of remote work in the Caribbean is why Darnel and his co-founder, Ryan Augustine, created their platform. Their goal: giving elementary and high school students access to high-quality online education no matter where they are and helping them find a career path through in-demand digital skills.

Darnel’s dream may be about to come true. With interest coming from neighboring countries and local officials, he thinks he has struck a nerve back home. His entirely bootstrapped team of eight plans to launch the Study Space beta in weeks.

A New Face for Education in the Caribbean

While the nation managed to mostly dodge the first wave, the Delta variant of Covid-19 hit Trinidad and Tobago hard. The 2021 Fall semester is already set to begin with students attending classes entirely online. This has been echoed worldwide. Unicef claims as many as 168 million children globally have been unable to attend in-person classes for almost a full year.

“There are tons of platforms operating in edtech today,” Darnel says. “However, they focus on things like pre-recorded user-generated content. Not a bad idea, but it’s from 10 years ago. We want ideas from this decade that incorporate other features besides recorded lessons like lesson modules, test proctoring, and AI.”

Study Space doesn’t just want to build a competitor to online apps, they want to create a real contender for schools.

“When you’re in school, you rarely have true one-on-one coaching. The one-to-many model leaves students behind because some learn at different paces,” says Darnel. “We want to be a personal coach. We want you to see exactly why you’re doing well or poorly in a subject and then push individualized study plans directly to you”

Darnel believes a global platform like his will help create a more “holistic approach” to learning. He envisions a system where instead of a classic grade point average educators and students can measure performance using benchmark statistics from around the world.

“Once we’re out there, people won’t need third-party statistics to know why certain countries perform better in certain subjects. They can just look at our platform, see exactly why others are performing better, and adjust what they’re studying accordingly,” says Darnel earnestly.

In the face of diminished teaching hours and positions available, Study Space also wants to create a way for teachers and tutors to earn on their platform.

“No matter how big we get, students benefit from native mentors who understand their culture and ways of speaking,” Darnel adds. “For example, I know the Trinidad and Tobago accent can be a bit difficult for people who aren’t used to it and that definitely goes both ways.”

Changing the Caribbean Through Remote Work

Long a hotbed for natural resources extraction, two of the leading industries for decades in Trinidad and Tobago have been oil and gas. They’ve traditionally employed a large chunk of the population. However, in wake of declining fossil fuel use and international movements like the Paris Climate Agreement, job opportunities in these key industries have evaporated.

A 2020 article in Oil Now says the region lost as many as 20,000 jobs in five years – many in oil and gas. Young people like Darnel have increasingly turned to marketable tech skills to make a living.“We are now being opened to tech by force here,” he says.

As digital skills became more widespread, many have benefitted from an influx of remote positions in the region. Before starting their platform, Darnel and his high school friend and co-founder, Ryan, ran a digital media agency together. “We did website development and app development and other things like outsourcing UX design for businesses,” says Darnel.

Now, they want to use their platform to teach others how to do the same. “When we were growing up we were told the only jobs we could have are doctor, lawyer, policeman, etcetera,” he says, “but in reality, there are tons more jobs that have a lot of demand remotely like UX designers, copywriters, and coders. We want to prepare young people for these careers. We want to become exportable from a remote work standpoint.”

It Takes a Community to Raise a Business

Much of Darnel’s team goes way back. “Right now everyone at Study Space is high school and childhood friends or friends of friends,” he laughs. “In fact, the only people who we don’t go way back with are our advisors and clients. That’s mostly due to how community-oriented we are around here.”

The team’s first setback even occurred within their circle. “Our first attempt at a platform was with Ryan’s brother,” says Darnel. “He was looking for tutoring work so he could spend more time with his child. We created a plan for a platform for him to get paid more flexibly from one-on-one lessons and passive income from video lessons he had pre-recorded. It was a great pitch but I think he got cold feet. To him, it probably just seemed like his little brother’s project.”

But that minor hiccup didn’t stop Darnel and Ryan. Instead, they worked harder to make Study Space a fully functioning app. “We said let’s do it on our own. Let’s show him what we can do,” chuckles Darnel.

And show him they did. The friends leveraged connections, friends of friends, and people they’d met online until they’d put together a core team of five people. They also crafted an advisory board including a UX designer for Airbnb. They now have a working product prepared to launch in beta in the next few weeks.

“Tech is the Caribbean’s Door to Foreign Investment and Capital”

According to Darnel, local investment is not easy to come by in Trinidad and Tobago.

“Tech startups have a tough journey out here because we don’t have a startup culture,” he says. “Founders fight two battles: one trying to get locals to understand our tech and the other explaining to investors you don’t put $10 in today and $10 out tomorrow. Investors in the US understand that you need so much time and cost when making a product. Investors here want an immediate return on investment because they don’t always understand what you’re doing.”

However, they haven’t waited for investment to build their product. “Don’t know what else we can really do,” Darnel says wryly, “Oil and gas are not going to be pushing the country forward in the next 20 years. We need to act now.”

While he wouldn’t tell me much more, Darnel did say Study Space had recently attracted interest from “key decision-makers” in Trinidad and Tobago.

“People in power here do really want to empower the local people,” he says. “They favor solutions from within our country since we know our own situation better than foreign aid that comes with a big price tag.”

In the wake of interest from neighboring countries along with a recent string of successful meetings, Darnel thinks they have a real shot now.

“In terms of the platform being successful, there was never a doubt. Our only concern is can we last until the platform works?” he jokes. “Fortunately expenses are manageable right now.”