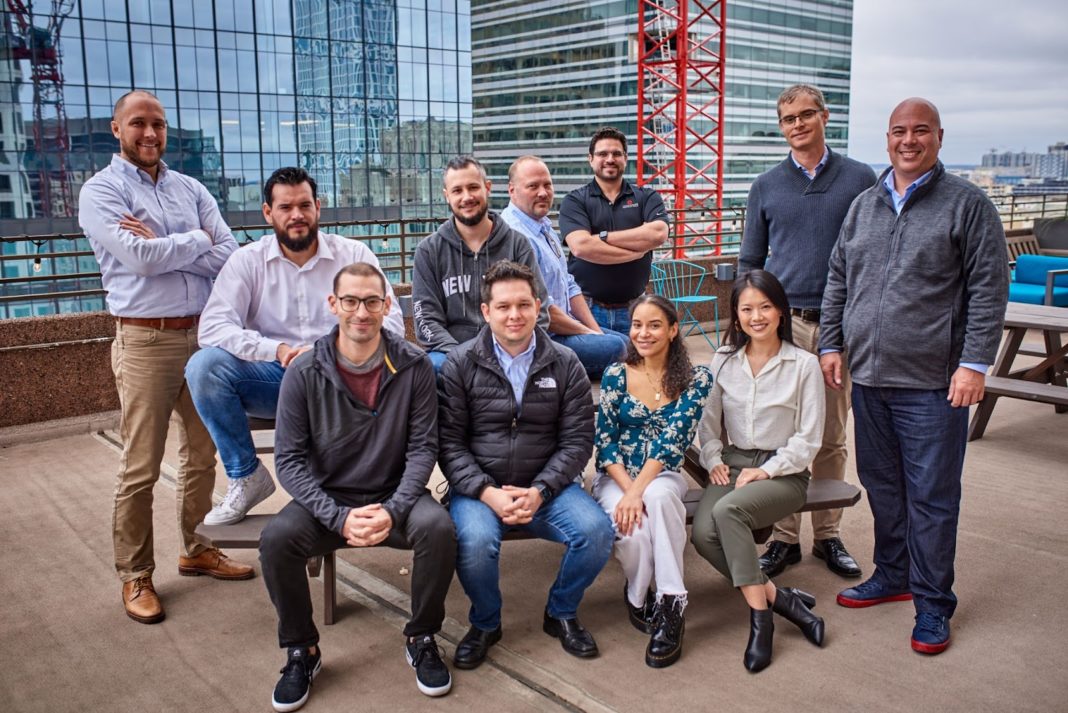 When brothers Chadwick and Darton Rose joined Phillip Wess to found Treehouse Technology Group (TTG), the trio wanted to help middle-market companies understand their data. All three founders had backgrounds in analytics and agreed the market focused too much on larger enterprises. What about the smaller companies?

Large companies have teams of data analysts on staff. But not everyone is an Amazon or a Google. That’s where TTG came in. As well as helping small to medium-sized businesses understand their data, TTG also wanted to give them autonomy – and that meant building a data product customers could use without TTG’s help.

The founders never imagined themselves to be product designers, and yet, they launched a SaaS named InsightOut that customers could manage autonomously. At first, Chadwick’s peers were confused: Wouldn’t this SaaS product make TTG obsolete? “Everyone tells you not to pivot from service to product. They say it’s impossible and a terrible idea,” Chadwick says.

But sometimes, when you know, you know. The founders moved forward anyway. They saw TTG and InsightOut as complementary rather than competing products.

TTG gave companies an inexpensive alternative to hiring data analysts. Most of the company’s early customers were businesses owned by private equity. “These are proven growth companies that are doing well but trying to grow even faster.”

Word traveled, and soon TTG was helping some of the biggest PE firms in the country translate their data points into actionable items like revised sales plans and marketing materials. They owed their early success to one seemingly basic tenet: “We listened to our customers.”

Data helps leaders make informed decisions on anything from sales to marketing – even logistics and operations. “Big data is far more powerful than analytics of the past,” claims Harvard Business Review1, and when done right, “Executives can measure and therefore manage more precisely than ever before.”

But without a TTG employee present, many of the company’s customers struggled to run their analytics tools independently. “These programs were super complex and cost-prohibitive – more for the enterprise world,” Chadwick says. “We wanted to change that.”

TTG could have offered a consultant to work with customers long-term. That was the status quo at most companies but was too costly for TTG’s customers: “One of our core values is empathy. We connect to our client’s pain points and show them a better way of going about their day-to-day. Organizations spend so much money and often receive very little in return. We weren’t interested in recommending expensive products with little value. But what we were looking for didn’t exist, so we built it.”

The founders enlisted their VP of Technology, Gary Stanton, to see if he could help them streamline data and analytics without the added headache of learning an intricate program. The idea was to take what companies were already using (and intimately familiar with) and work within existing frameworks. It was a big ask, and they weren’t entirely sure it would work.

With a background in art and design, Gary cared deeply about the user experience. This was especially helpful because data programs can be overwhelmingly intricate. “Gary has a lack of patience for complexity. Many engineers overcomplicate things.”

When Gary and his global development team delivered InsightOut, it was exactly what the founders had hoped for: an intuitive data analytics platform that freed sales teams from collecting and analyzing data. Instead, InsightOut integrated and automated all of the reporting with machine learning, leaving executives more time to sell.

The founders were ready to launch InsightOut at the start of the pandemic. As employees began working from home, they sought ways to make their jobs easier, and InsightOut could help. Word of mouth was the founders’ primary sales tactic. “It was not enough to just tell people what we were doing. We had to show them.” The founders sent emails and called upon their extensive LinkedIn connections, capitalizing on relationships they’d built over the years.

People are often hesitant to learn new software no matter how innovative it is. InsightOut, on the other hand, never asked customers to start with a clean slate. Instead, it presented data from existing customer workflows, CRMs, and even Excel (an industry standard).

One of InsightOut’s first clients was a private equity firm merging five companies it had recently acquired. InsightOut integrated the various reporting systems so that the firm could analyze all of the data. And there was a lot of it. With all of the information in one place, the firm could make informed decisions, a major win.

InsightOut quickly became an integral part of its customers’ daily routines, and that was always the plan. “Lots of analytic tools are built and then abandoned and people don’t use them. But with InsightOut, our users look at the data first thing in the day. The last thing they see before they’re done for the day is InsightOut. It’s a pattern that we see with our users.”

InsightOut took a few months to become profitable, but it now no longer takes money from TTG. The founders owe the financial success to a monthly subscription model. “We’ve grown over a hundred percent on the monthly recurring base. We feel like we’ve made that final switch.” They’re managing both businesses simultaneously and will continue to do so for as long as possible.

InsightOut continues to iterate with new technology and AI.  “I envision a world where you’re plugging into Salesforce and the system tells you exactly what to pay attention to and deciphering your data automatically. Let’s say an executive logs in at the beginning of the day, and the program tells them exactly what problems they should know about.”

Bootstrapping a business is difficult, and Chadwick Rose doesn’t shy away from the truth. He and his fellow founders could have been riding high with TTG’s early success, but they felt like something was missing. Chadwick urges entrepreneurs to look for gaps in the marketplace and then build them. Don’t wait for someone else to get there first.