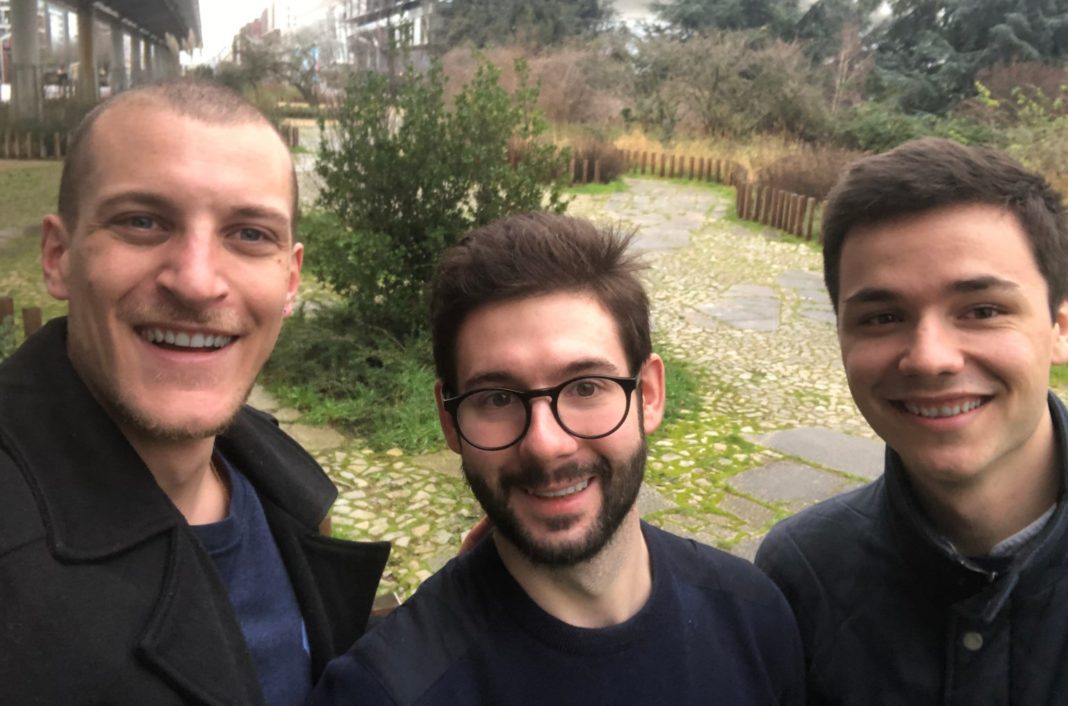 Most university students think of little other than studying, passing exams, and eating – in roughly that order. But Elliot Boucher is not like most students. From the moment he entered his Digital Marketing class, he was confused – why couldn’t he sign into class digitally? It was this thought that led him to found his first startup: the educational administration platform, Edusign.

For a long time, teachers have taken attendance in the Luddite way – pen to paper – to ensure only students that show up earn their credits. But Elliot couldn’t understand this. Wasn’t there a more efficient and digital solution? It turns out, yes, there was, but the solutions were clunky and vexsome, requiring manual installation, which is why professors chose paper instead.

Elliot got some classmates together and began building a system that could take attendance and manage signatures with total transparency. At first, they designed a landing page and paid for some SEO marketing to gauge interest. They did all of this between classes, of course, with no idea the pandemic would land them an enormous opportunity.

When the pandemic hit, Elliot believed it was all over. In-person classes were automatically shut down, and Elliot and his classmates had no idea what the future held, especially if they couldn’t finish their classwork. Mild panic set in. They were working on a problem for a class that no longer existed in person, and the future was beyond uncertain.

And then the phone started ringing, and it hasn’t stopped since. The global pandemic made digital attendance sheets mandatory all across France and teachers were scrambling for solutions. Enter Edusign. Suddenly, the problem that they were building for one specific class could be applied all across the nation, and eventually globally.

Fake it Til You Make It

After that, things moved quickly. The Edusign infrastructure was not yet in place and customers were calling with many specific and varying requests. Elliot and his team answered every single phone call, from morning until night. Elliot describes those chaotic first days of the pandemic with candor. Many people were calling Edusign not just looking for signatures for attendance sheets, rather, multiple asks that Elliot and his team had not even considered.

“They want a survey? Are we going to build it? Okay, let’s do it. In three months, we did the work of three years. It was insane and very intense.” Elliot estimates that he averaged about fifty client calls a day in the early days. Even if he didn’t have what a client wanted, he would go back to the team and plug away and build it in days. It worked: In their first six months, they signed up 300 customers.

This tenaciousness and curiosity make Elliot and his team stand out. They really work with their clients and collaborate with them to address individual client needs, be it integrating Edusign to existing platforms or building out entirely new forms for clients to offer instead of shoving them into a one-size-fits-all box. There is nothing generic about Edusign and the reason that they’re proven leaders in the UX education space is that they’re always working.

They’re also extremely friendly. Truly. They have thought about every detail, including the splashes of yellow on the homepage. They’re completely intentional. As Elliot says “Our design and UX is friendlier, and that’s why we chose yellow as a color to differentiate ourselves from all the blue. We want something young and dynamic while also being professional.”

Full disclosure: Elliot lets me know that there was some pushback by older clientele who saw the yellow and said, “Oh, you don’t look so serious.” Elliot was able to convince them otherwise by delivering consistently strong work such as creating attendance sheets for both remote and in-person learning, and software to add signatures to client approvals, Edusign spends a great deal of time saying yes. And, they kept both their clients and the yellow homepage for an overall win-win.

Clients choose Edusign because they are both seen and heard. Edusign responds very quickly to customers and then gets to work perfecting the software. They then use the tweaks to offer other clients similar results. They’re personable, interactive, and results-oriented. But lest you think that Edusign will lose this magic of relatability as they scale, Elliot assures me that this is not the case. “If you have a product that customers can get into, that’s the best. We truly believe that automation done smartly can bring human touches and we also want to be transparent.”

The future for Edusign is two-fold: entering the global market and not focusing exclusively on attendance sheets. Elliot clarifies “We know we have a great solution for French people, but we need to expand it elsewhere.  We don’t want to focus only on attendance. Since we know how to use signatures, this software can be applied to anything.”

The growth is real indeed. Two months ago, the company had eight employees, now they have eleven, and in a week or two, the number shifts to 15 full-time employees. Plus, they are profitable averaging approximately $10,000 MRR and over 300 paying customers per month. Is Elliot worried about losing the human touch as he scales? No. In fact, he’s noticed that the more clients he has, the fewer tickets are generated – most likely because he spent so long listening to early customers and improving the product.

Elliot’s parting advice for bootstrappers? “It’s okay to be wrong. We made a lot of mistakes.” And in case you were wondering, Elliot finished his digital marketing class with high honors and everyone was impressed with his final project, which was, ahem, EduSign.

Elliot says, “Some entrepreneurship expert with a PhD looked at our numbers and said, ‘That’s not possible. I don’t believe for a second that you could do that,’ and we had to convince him that this was not a simulation, these were real numbers.”

Elliot and his classmates finally graduated, and they finished the program with more than just good grades. They have a viable and profitable company which is more than just a diploma hanging on a wall.