These Sneakerheads Secured the Resale Marketplace for Global Buyers Wary of Getting Scammed – Now, It’s a Six-Figure Operation 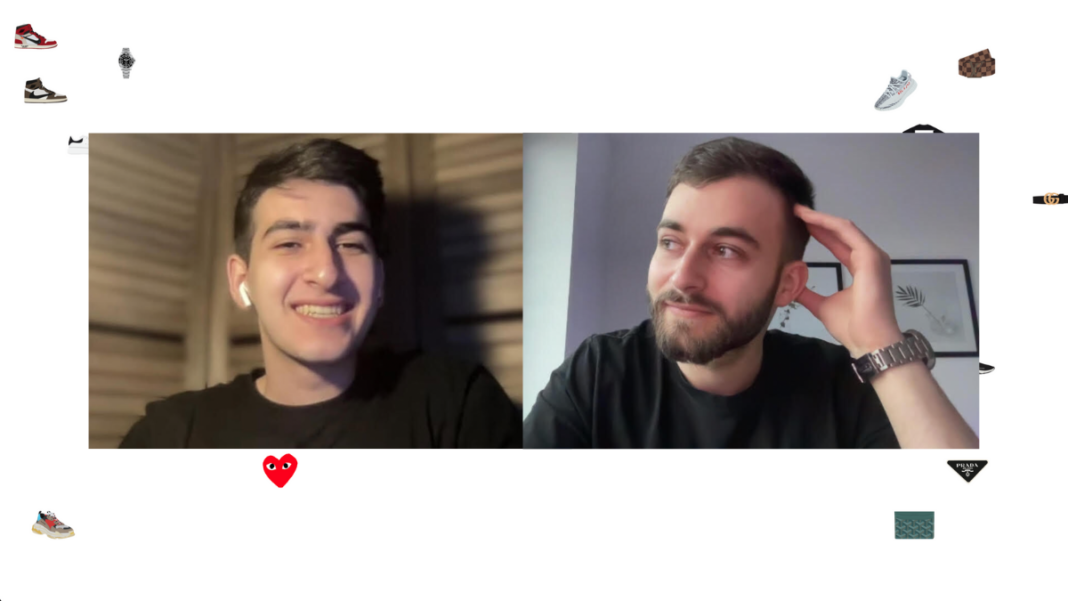 The sneaker market is on fire with no sign of slowing down. Bloomberg calls sneakers an “asset class.” Like many sneakerheads around the globe, Daniel Ch, a Romanian-born entrepreneur in London, knows the ins and outs of sneaker releases, or drops.

Daniel was frustrated by the number of fake products circulating online. The lack of information to steer prospective customers away from them made it a faker’s market. So he created Legit Check by Ch to help people spot counterfeit streetwear and legitimize the industry one shoe at a time.

Daniel was a college student who resold sneakers on Facebook and eBay for extra spending money. Online sales pose risks to collectors, and Daniel’s listings included multiple pictures and angles. He knew how to analyze a sneaker from show to heel to catch a fake.

But despite answering all buyers’ questions on authenticity, their anxiety over fakes persisted. Many shared horror stories about fake shoe purchases and sketchy sellers. Daniel realized he needed to do more than just describe what a genuine product looks like – he needed to change the market.

To spot a fake, customers needed to learn what details to look for, so Daniel built an online library of verification resources. He describes the vision as follows: “I wanted to create a basic app where you could select the sneaker in your colorway, input size, lacing details, heel type, and release date. Then, you would be able to find the corresponding guide.”

If Daniel wasn’t knee-deep in programming, he was scouring Reddit and various Facebook sneaker groups to stay abreast of the latest trends. He answered questions and shared advice with others in the community. People quickly recognized his name, building his brand pre-launch.

He launched Check It as a free iOS app (android came within the year) and website while attending a university class. The app went live while the professor was lecturing, and a curious classmate sitting next to him wrote his first review. Daniel couldn’t help himself from refreshing the site analytics and watching his user count grow. To attract more interest, he promoted the app in all his online sneaker groups. It was free, so people signed up in droves.

Although the app was far from comprehensive, Daniel launched with the most popular shoes on the resale market. Users could search products by name and if they were in the database, the app would contain a step-by-step checklist complete with photographs.

Check It grew fast: 500 customers became 50,000 as the months progressed. The feedback was positive with most reviews calling the app “helpful and free.” The resources were also popular but didn’t answer all customer questions. They wanted Daniel to help them spot fakes and the requests were all time-sensitive.

The emails added up, and Daniel had a hard time ignoring them as he went about his day. “I felt bad when I didn’t answer emails because people were probably wasting money – and if they were paying $1,000 cash on a fake, there was no way for them to get their money back.”

Daniel soon realized that individual verification requests weren’t a burden as he had once thought. Rather, they would help him monetize his brand. “This is where it becomes a business. There’s a big influx of messages and I’ll charge a price for the authentication.”

The authentications took time, and Daniel didn’t want to spend all day sending messages back and forth. He settled on a fee of $20 per item and would put all profits back into the business. But he couldn’t do it alone. There was already such a big backlog. Since he didn’t have the budget to hire an employee, he did the next best thing. He enlisted his kid brother David (who lived in their hometown of Romania), a fellow sneakerhead, to help remotely.

How Sloppy Coding Saved the Day

Daniel’s initial goal for the website was to drive downloads of the app. He didn’t plan to make any content accessible without first downloading the app. But due to a few bugs in the code, none of his content had been ringfenced and it appeared on the web.

Thankfully, this ended up being a blessing in disguise. “Our guides were public and scattered around the web. But that ended up driving our SEO way up because Google was indexing them.”

All this web content helped Check It consistently land at the top of searches across the internet. Daniel estimates that 95 percent of readers came from internet searches and the remaining five percent were from his circle of friends.

Daniel thinks that people were hungry for information for two reasons: fakes were getting harder to spot, and streetwear culture (think: hypebeast, Supreme, and other previously fringe terms becoming mainstream) was growing exponentially.

Ask and Ye Shall Receive

Customers continued to email Daniel new requests and they informed Check It’s offerings. A buyer wanted to know about an “authentic Off White” t-shirt he purchased. Daniel inspected the shirt and knew that it was counterfeit. He encouraged the buyer to contact Paypal and open up a dispute for possible reimbursement.

Paypal wanted to see a letter from the manufacturer or a third-party recognized in the industry. Daniel had already sent an email verification to the buyer, but the buyer came back with another request: “Could you make it look more official?” to which he responded, “Say no more.” Daniel quickly studied up on his legalese and opened a Google doc with Check It’s logo and official address. In minutes, the buyer had the proof that Paypal required.

And it worked. Not only did Paypal refund all of the money, but it also let the buyer keep the fake shirt. Check It added a new feature to its business. For $60, Check It will verify items and create a certificate of authenticity. Other customers have had similar luck after a botched purchase. Daniel says, “We can get your money back. We’ve helped people get $5,000 back from a scam because our certificate is trusted by Paypal, eBay, banks, Poshmark, you name it.”

Another time, a police department ended up with a pair of shoes in its possession from a search warrant. Was it even real? They found Legit Check and quickly received verification that the shoes (an Eminem and Air Jordan collaboration) were indeed real and worth $30,000.

Unfortunately, not all verifications lead to happy endings. Daniel cautions buyers to never pay in cash or with a wire transfer because that’s a whole different ball game. Since cash isn’t traceable, sellers can vanish without any recourse.

All of these verifications add up. Legit Check currently has an average of ten million customers and makes approximately $250,000 a year. The brothers put the majority of the funds back into the business, and constantly look for opportunities to grow. “We’ve had great success with Legit Check. In fact, we just bought a business on MicroAcquire. We’ve basically divested. So instead of putting money into real estate, we’ve acquired another company.”

Daniel’s brother is joining him in England in the fall to attend University. His advice to his brother and all bootstrapped entrepreneurs is simple. “Listen to me, but don’t follow my advice. My story is mine. You won’t find the answers you’re looking for because your story is different. You learn by doing. I call it learning by nature.” Although it’s safe to say that Daniel will offer his unsolicited advice on his brother’s choice of footwear. We would expect nothing less.