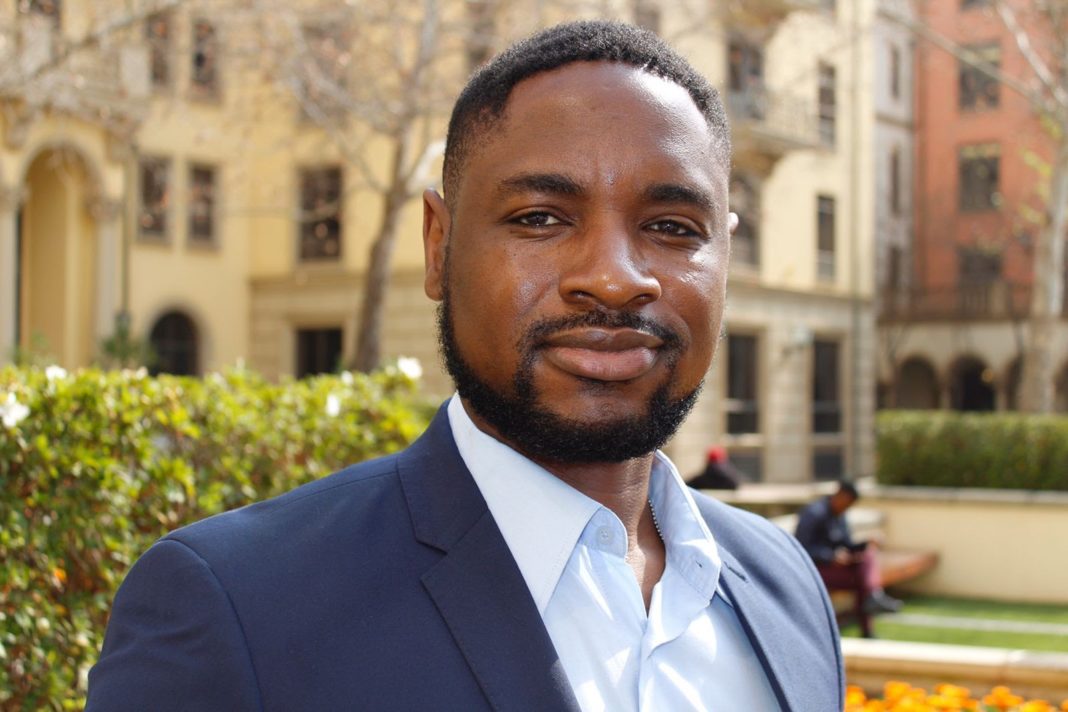 Samuel Gumbie was a self-described South African “number cruncher” who was famous in the office for sharing delectable homemade chili sauces to spice up foods.

The sauces were a hobby that began because nothing on the market satisfied Samuel’s taste buds. He headed to Youtube to figure out if he could make the sauces himself. With a mixture of hubris and naivete, Samuel began to formulate his dream sauce.

Now, his former side hustle is growing at a rate of 200 percent year over year since its inception. The aptly named Yummie Brands is now Samuel’s full-time operation and he has even bigger plans for the future.

Samuel admits that he’s not a typical food entrepreneur. He explains, “I’m an accountant by profession. People find it fascinating that I’m a number cruncher who came up with a recipe, so there’s a disconnect.” But Samuel applies his insatiable hunger for data into running a business, so it makes perfect sense to him. “In addition to working on business strategy,” he says, “I also make a great tasting chili.”

Four years ago, Samuel was working full-time and tinkering around with recipes using a small household blender. He went through several models because none of them could keep up with Samuel’s output. He had to get his sauces just right so multiple iterations were necessary. Thankfully, he has found a commercial blender that can keep up with him.

One of Samuel’s requirements for the sauce was that he only sourced quality ingredients. He wanted to create something that would fit into his healthy lifestyle – something simple, flavorful, and wholesome. That meant no added preservatives, no sugar, and very little salt.

Word of Mouth Is Always a Good Investment

Samuel put the sauce on everything. Friends and family demanded jar after jar. He says, “I started with small batches. I would take it to work and people would want to know where to buy it. I told them that it wasn’t for sale! But they pressured me to bring them some, so I made bigger batches to share. News traveled fast, and friends of coworkers wanted in as well.”

When Samuel was laid off from his accounting firm last year, he was devastated. His extreme likability and office camaraderie made the loss all the more painful. All of Samuel’s schooling and ambition seemed to be for naught. He was very much at a crossroads.

“I can vividly remember when I received the news,” Samuel says. “I was broken. I couldn’t think of a way forward. I sat in that car for a good 30 minutes just trying to figure out where I was going next. I told myself, you are going to have a pity party today but tomorrow, you will figure out how to move on. So the next morning, I made sure to dust myself off and I was up and running. Being laid off was probably the best thing that ever happened to me, it just didn’t feel that way at the time.”

Samuel thought about looking for another job in the same industry, but a chance meeting with a mentor ended up being the lightbulb moment that shifted his career trajectory for good. He says, “The eureka moment came when I had a conversation with my mentor and he told me this hobby could be the one thing that gives me the life I want, the life I’ve always wanted.”

After that, Samuel stopped feeling sorry for himself and poured his energy into his sauces. Rather than gifting them, he could sell them and turn his passion project into his full-time gig. He knew that they would translate to big sales because the reception from friends and colleagues was resoundingly positive. People wanted more sauce, and Samuel could barely keep up.

Samuel says, “After that conversation, I started treating the sauces like a business.” He reached out to a close friend, Batsirai Freddy. He says “I’ve known him since high school. Although he was a year behind me, we quickly became friends. He was also part of the team on a previous venture I started.  Batsirai is a professional animator and content producer. He currently has his own motion graphics studio.” Batsirai’s creative side compliments Samuel’s more analytical side so the partnership was a bit of a no-brainer. Samuel, not surprisingly, would handle the finance and strategy and his partner would take on marketing and branding.

Samuel’s sister had leftover glass jars at the ready. Samuel says, “She buys a lot of honey, so she had leftover jars. In the beginning, all I had to spend money on was the raw ingredients.” The glass ended up being perfect for the sauces and didn’t cost them anything. He has kept all of his costs incredibly low because “Yummie is entirely bootstrapped.”

Not having a big budget has certainly tested Samuel. He says, “Resilience is very important. I have thick skin but the biggest piece is staying positive and constantly moving forward. Small steps add up.” Samuel knows that his extremely limited budget could be a hindrance, but he just keeps pushing forward. “You need to have the charisma to get favors done for you when you don’t have much money. I have a friend that codes for me.”

Samuel says, “I tell my friends that I don’t have much money but I promise you that this business will take off and you will make so much money. So, I’ve got a lot of favors from different friends in different networks whether it be coders, experts on Shopify, branding copywriters for content, and photoshoots. If people believe in what you’re trying to accomplish, they will help you out.”

Samuel and his partner used most of their startup costs ensuring Yummie Brands was legally compliant. This was an arduous process that involved nutritional analysis, kitchen inspections, and food safety training. But it was a non-negotiable “cost of doing business.”

Samuel and his partner set up a Shopify website and relied on the buzz generated from friends and family to sell his initial batches for R60 (about $4) a bottle. He then had these people share the sauces with their circles. Samuel explains, “One of my good friends flies to different parts of Africa quite frequently. He’s bought some to take back and there’s a huge interest in our product.”

Samuel’s friendships are a big part of the business’s success. “I’m leveraging my network. I have friends in Canada originally from Korea, and I’ve got friends in the United States, Ghana, and Nigeria. They all give me amazing feedback. People taste it and love it.” When Samuel got the seal of approval from his Jamaican friends “who know and love hot sauce,” he knew that Yummie Brands was in a class of its own.

Samuel is right at the cusp of moving his business from B2C to a hybrid model that doesn’t just rely on modest internet sales. He wants to get into Whole Foods and international like-minded healthy markets. He knows that his product is unique. He’s up to four different sauces. He’s looking at different worldwide distribution models to help him make the jump.

It’s a far cry from Samuel’s pity party of last year. Yummie Brands is poised to make big moves in 2022. There’s certainly a lesson here for anyone who experiences failure – ahem, everyone. Like the great Aaliyah once said, “If at first you don’t succeed, then dust yourself off and try again.”