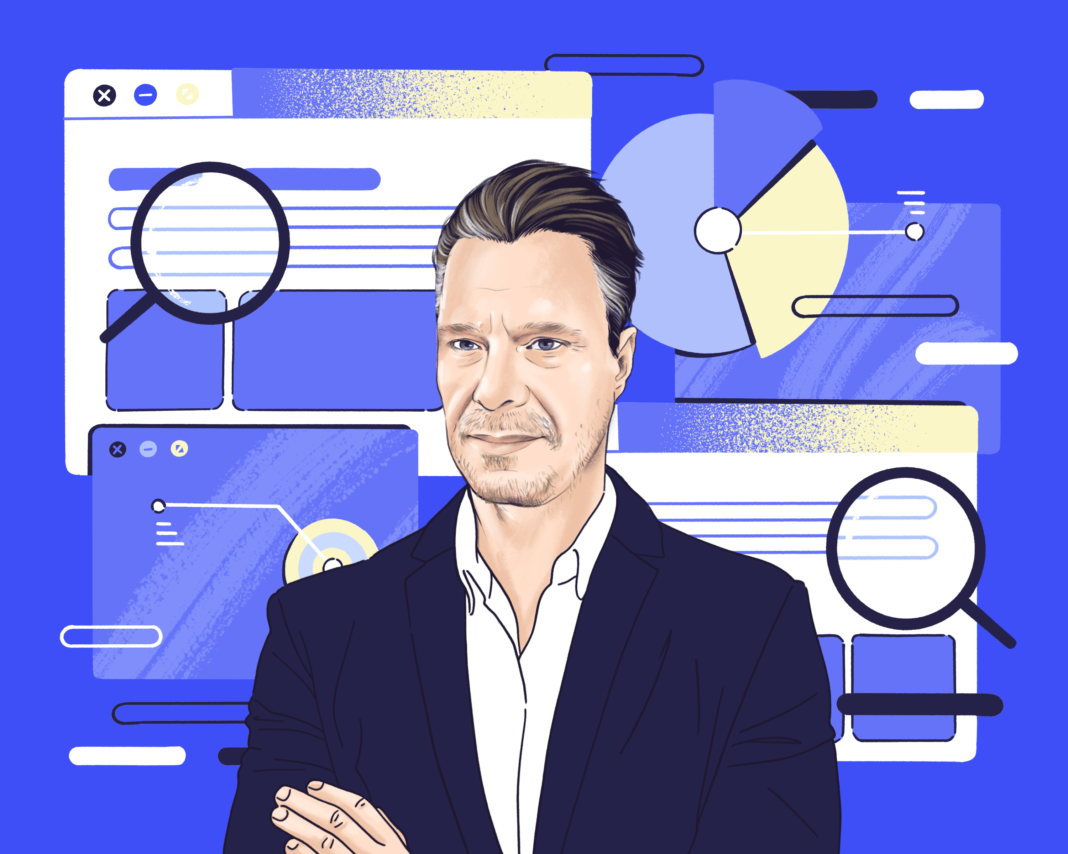 Information on the web is in a constant state of flux. Peter Bray wondered if there was a way to track these changes and prevent errors that cost companies and public figures valuable time and money. Peter created Versionista to solve the problem, but it would be a long time before anyone understood just how important his technology would be.

Peter has worked in tech his whole life. He calls himself a “web 1.0 guy,” which is not an exaggeration. Peter started a digital media company back in 1993, building the first websites for big brands like Sony and Absolut Vodka. It was a classic startup tale: The business started in his college dorm room and then grew to employ a few hundred people.

High off of those wins, Peter joined another company and helped them raise $50 million. No one could have predicted what came next, but the dot-com bust entered stage-right and shut everything down. He was back to square one.

Spider Crawling For the Win

With lots of free time on his hands and fewer job opportunities now the dot-com bubble had burst, Peter returned to his website-tracking idea. He built “spider-crawling” software that used “state-of-the-art machine learning” to crawl the internet and report whatever it found.

“We do an initial crawl to fetch the core content of the monitored page,” Peter explains. “We deploy different crawl strategies based on the target content and your settings. For example, to monitor PDFs, we might use a simpler crawl than if we need to fetch and execute all JavaScript. We extract all HTML references to images, external and internal links, and CSS & JS files. We determine what’s changed since the last version, and summarize it on the version view.”

At first, the public’s response to Versionista was, well, muted: “It seemed compelling, but it never took off. I launched it and didn’t do too much with it.” Around this time, he took a senior-level position at Starbucks in China. While based in Shanghai, he noticed that Versionista was gaining traction. Peter explains, “Big corporations started to use it, which was the strange part as I didn’t have any salespeople. I’m an engineer.”

As the internet matured, governments wanted to regulate it to protect its users. Companies had to act to protect their website visitors or risk penalties. Versionista stepped in to solve the problem, automating regulatory intelligence and compliance and simplifying what was then (and still can be) a complex regulatory environment.

Peter explains: “Regulatory and legislative changes can affect products. One website change from one vendor introduces a huge organizational risk because suddenly that annoying cookie consent banner is no longer there. Now, they’re not compliant with GDPR. If they’re an insurer, they might have a partner that’s selling their products and that partner suddenly changes the terms and conditions. All of these website changes are major compliance risks.”

The Sleepy Project that Woke With a Start

Peter was in a very unusual place as an entrepreneur. “Without doing much of anything, Versionista started bringing in more money than I was making,” he says. “It was a little, sleepy project that took off slowly but then the world caught up.”

Versionista doesn’t simply dig through internet archives but continually oversees websites. As Peter says, “All of this requires careful due diligence on what customers and staff see. As a result, companies started to clamor for a way to monitor their own sites and third-party regulator sites to understand how they impact businesses. While searching for data infiltration, the tiniest changes could have large-scale ramifications.”

Peter left his day job to focus on Versionista full-time. If his business grew this much without a single pitch deck, he knew that creating dedicated sales materials would take the company to the next level. He could then hop on sales calls and explain exactly how necessary Versionista and its proprietary software were.

Versionista does what no human can. “Sometimes we crawl through tens of thousands of pages on a minute-by-minute basis,” Peter says. Without overwhelming customers, Versionista lays the results out in email summaries that are succinct, color-coded, and actionable.

Half of Versionista’s customers are self-service. They subscribe for a monthly fee and manage the software on their own. The other half is what Peter refers to as “bespoke engagements.” Essentially, Versionista works directly with clients on needs specific to their industries. These accounts bring in the “lion’s share” of Versionista’s revenue.

Versionista is currently bringing in $1.5 million a year. Admittedly, Peter forgets exact numbers. “I’m so focused on the products and the engineering. I check the numbers every once and a while.” Peter’s tactic of build first and ask questions later seems to be working although he knows it’s highly unorthodox. Peter likes it that way.