This Founder Helps Investors Get Ahead of the Market, and His Game-Changing Software Is Netting Him $25 Million a Year 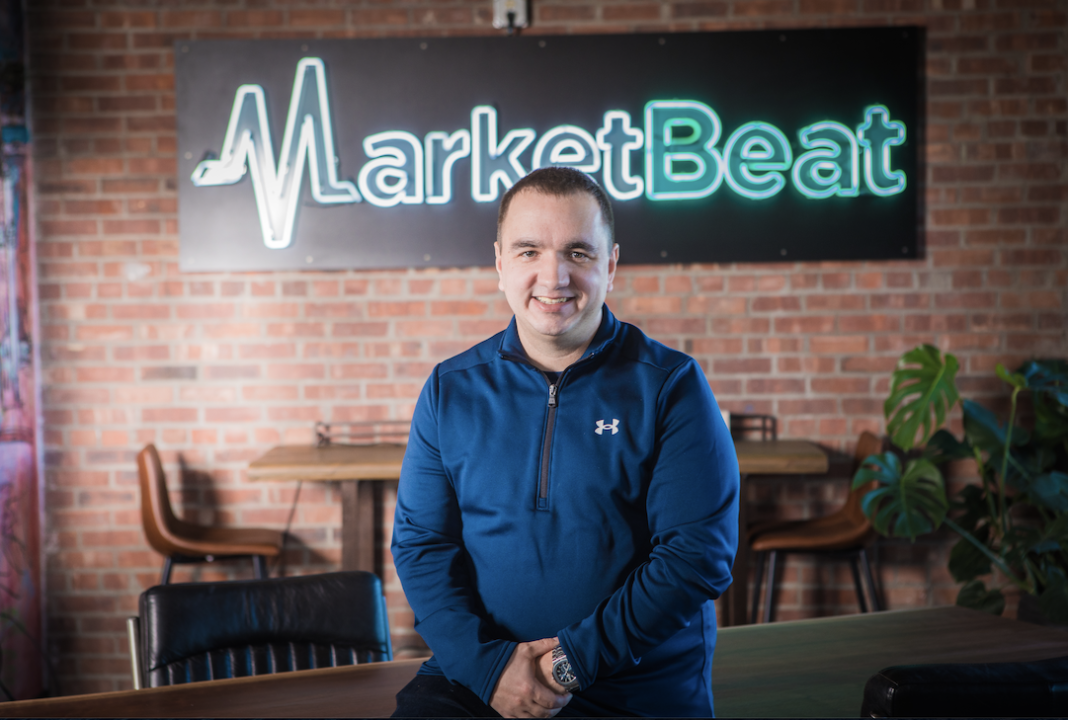 Remember the AMC and Gamestop investment frenzy? Many people tried to catch that wave after it was all over the news. The problem was that it was far too late for many of them to make money. Following the markets requires a great deal of forecasting. By the time mainstream media covers the latest hot stock, it’s too late to earn a profit.

Matt Paulson, founder of MarketBeat, knows this well. MarketBeat started as a personal finance blog that has since morphed into a financial media company for investors of all stripes. Whether you’re young, old, professional, or novice, Matt helps you make informed decisions that will (hopefully) net you big profits.

It all started in Matt’s college dorm room in 2006. Fellow students loved his finance tips, so he built a blog to shared them more widely. He monetized the site with ads, but it was still just a hobby when Matt graduated from college and joined a web development company.

As demand for Matt’s investment knowledge grew, he began wondering how to automate his content output. Every new article involved combing message boards and news feeds in the evenings and on weekends. To keep up with demand, he’d have to work smarter, not harder.

From Blog to Media Machine

In 2013, the Associated Press gave Matt a lifeline. Instead of sending reporters out to cover quarterly earnings reports, they automated it, which encouraged Matt to follow in their footsteps.

He began tinkering with MarketBeat’s code and created what he dubs “natural language generation.” In other words, Matt can now source current financial news automatically and then produce short articles that keep readers abreast of multiple topics. Every part of this process is automated, from the sourcing of headlines to the lines of text.

Matt explains: “I’m a developer with a computer science degree. I wrote all of the code and we suddenly had the capability of writing quarterly earnings articles for every company, including Canada and the UK. Not just earnings announcements, but also dividends. We created these cool templates so all we had to do was add the data.”

When Matt’s wife became pregnant, he wanted to spend more time at home but still needed to pay his bills. He decided to leave his web development job to work on MarketBeat exclusively. While it was risky to invest all his time on an early-stage startup, there would be even less time when the baby arrived. He could work from home in the meantime and support his wife.

“When I quit my job, I banked everything on MarketBeat’s success,” Matt says. “Luckily, I had devised a strategy that would help us scale. Once I’d automated article creation, we published a few hundred articles a day. Google Finance immediately took notice and some days we were 30 percent of their articles. We growth-hacked Google.”

You might think Matt sacrificed quality for quantity, but investor reports tend to be numbers-heavy – people want the raw data so they can make up their own minds. “We never pretend to be humans,” Matt says. “We are upfront about our automation.”

MarketBeat’s revenue has doubled every year since 2012 and is now a $25-million business. Advertising and a a premium subscription service (costing between $97 to $399 a year) generate the bulk of income. MarketBeat’s growth is symbolic of the hard work and dedication that continues to this day.

Suddenly Everyone Is an Investor

The pandemic didn’t slow the market down but sped it up. Matt explains, “There was a huge retail investor movement where everybody wanted to make the most of their stimulus checks. It seemed like everybody had Robinhood accounts – the number of individual investors that put money into the stock market went from 10 million to 60 million in the last five years.”

MarketBeat has adapted to this rapidly changing investor landscape by adding new categories and features. Today, people are much more interested in sustainability, trends, and the next big bull run, and Matt’s knack for forecasting has kept MarketBeat in pole position to serve investors’ needs.

Matt says, “I was a part of Wall Street Bets before the whole thing took off. I was part of the subreddit and we rode the whole wave up and down. If you searched ‘GameStop shorts’ in your browser at that time, you’d find our articles consistently ranked numbers one and two, the same for AMC. Because a year before it blew up, we saw the trend and built these short interest pages to show who was shorting every stock in the country. So, by the time everyone started to search, we were there.”

Giving Back while Looking Forward

Matt is grateful to the entrepreneurial community who helped him when he first launched his businesses. He helps his alma mater’s entrepreneurship program, the “cyber incubator,” where his growth and marketing expertise help aspiring entrepreneurs launch successful startups.

“A lot of new founders know how to write the code but don’t understand growth and go-to-market strategy,” Matt says. “Marketing is always an afterthought. I encourage them to flip it around. Go and see if you can find something people want before they build it. Try a pre-launch email. Build the community before you build the app.”

Matt has his eyes on the future. He knows that not everything he tries will “move the needle,” but he’s okay with that. “If we do enough things, some of them will stick, and then we can let go of the things that don’t work,” Matt says.

MarketBeat’s next big strategy is expanding into new investments. Since investors have such varied interests, Matt and his team have created brands for people interested in options trading, dividend stocks (yes, he’s already bought dividendstocks.com), and eventually, cryptocurrencies and NFTs.

Matt’s mojo is his ability to envisage the future. He was mining bitcoin years ago but his wife was not a fan: “It generated so much heat and kept tripping the breaker and that didn’t go well.” Thankfully, he now has an office to experiment with new ideas, divine the next investor craze, and continue expanding his multimillion-dollar media empire.