This Founder Quit Google to Help Others Land Their Dream Jobs 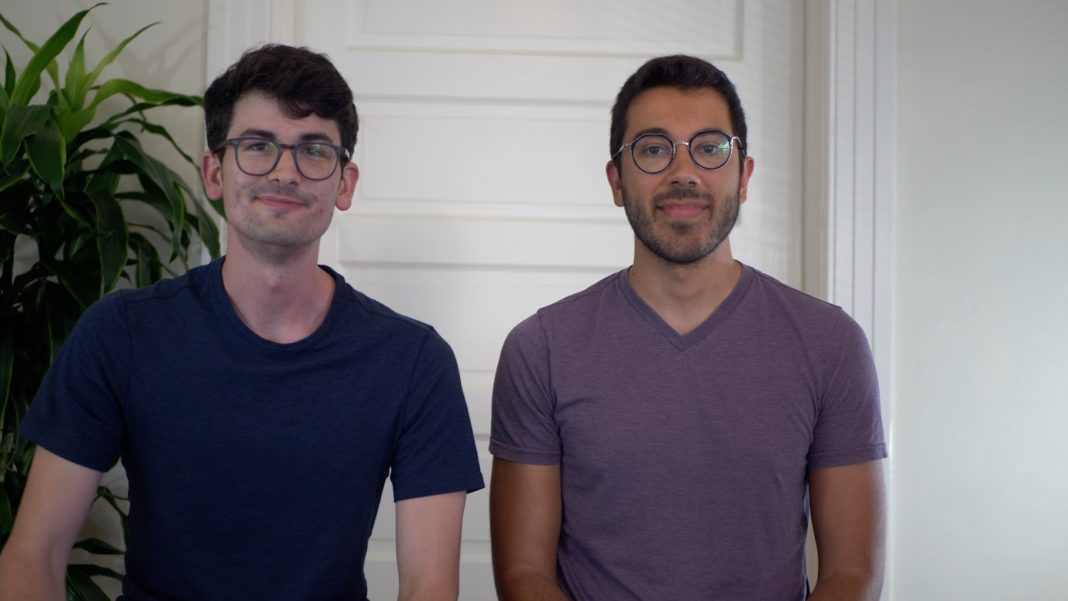 To many, a job at Google is a dream come true. But after securing a product manager role at the second biggest1 tech company in the world, Stephen Cognetta felt unfulfilled. Rather than work through the malaise, he thought back to the times he’d coached people and how rewarding it felt.

And then, instead of just reminiscing, he built Exponent to help job seekers find their dream careers in tech. Read on to learn about the road trip and career pivot that made Stephen quitting Google – a shocking notion to any aspiring tech employee – the right move for him.

Getting Back to the Basics

Coaching wasn’t a stretch for Stephen. “I used to volunteer at a suicide hotline, and I’ve always been interested in emotional work. That is, helping people in a real and meaningful way.”

When Stephen left Google, it wasn’t because he was unhappy. He just felt as though something was missing. “I left Google because I was curious about a career in entrepreneurship, but also to take some time off and reflect on my journey. I loved my time at Google but was also passionate about coaching and mental health.”

To clear his head, Stephen set out on a road trip across America. He outfitted his vehicle to coach people from various locations around the nation. Most of his contacts were in the tech sector so he began helping them first. “I knew that world from my own experience at Google, and there are nuances to the industry that I understand from the inside out.”

At first, the coaching gigs were just a means to fund his travels. “I was a digital nomad before it was cool. I just wanted to travel. The business sort of took off after.” Stephen started a travel blog, but he also took the opportunity to mix in a little business with pleasure. That is, he talked about his remote coaching and he ended up with a healthy readership.

He filled his days with interesting projects such as a mental health hackathon that attracted over 500 participants. Another project, hacking HQ Trivia, earned Stephen recognition in the indie hacker community.

But coaching while traveling was not for the faint of heart. “One of the annoying things was how much my wifi and cell service would cut out.” Stephen persevered, eventually wondering how he might monetize his expertise in a more structured way.

“I realized I could sell courses so I started with an eight-dollar packet of material about landing jobs in tech to test the waters and people bought it.’ Stephen didn’t even pay for advertising. Instead, he used his blog to find his first customers. He put an email sign-up button at the bottom of his homepage and waited to see if anyone would bite.

Once Stephen had email addresses, he reached out directly to his audience for market feedback. What type of information would they find most helpful? If lots of people asked for the same things, he created them on the fly.

One common thread wove through Stephen’s feedback. “People were nervous about interviews and I saw a lot of opportunities to help people with that, specifically in the tech space.” But Stephen didn’t want to build the business on his own. He reached out to a friend and former roommate from college, Jacob Simon, to see if he had any interest in joining him. That’s when Exponent was born.

How to Scale Without Losing Their Ethos

When the cofounders joined forces, they compiled a network of friends they could call upon for advice in specific companies. That’s when they started to think big. Could they rope these friends in as mentors and set them up with prospective customers? Getting a job at a top tech company didn’t have to be clubby and exclusive. What if Exponent made the process more transparent and clear for candidates?

The Exponent mentors could do more than just help one or two people, they could teach classes that would be available at any time online. Suddenly Stephen’s PDF courses were morphing into bonafide classes that would fit in at a top MBA program. Similar to business schools, all of Exponent’s mentors were experts in their field.

To broaden their footprint, the founders invested profits into SEO and advertising. Since they tailored their coaching to the tech industry, they focused on keywords specific to that niche. It worked. Soon, hundreds of readers of Stephen’s initial blog morphed into 100,000 Exponent subscribers.

Stephen and Jacob decided early on that they could charge customers per course or create a subscription model. Since their customers were job seekers, Exponent knew that they wouldn’t be interested forever. “But that’s the beauty of Exponent because of course we want our customers to find jobs. That’s the ultimate goal.  But then they can move into a mentorship role and help someone else. We are a community.”

What If Your Target Market Is Jobless?

Exponent wanted to keep their offerings affordable since, well, jobseekers don’t exactly have full pockets. They landed on $12 per month which includes over 100 hours of video content, mock interviews, a dedicated Slack channel, and even access to a private job board.

The founders heard over and over how important it was for prospective job seekers to feel a personal connection to their teachers. So, they formalized their mentorship program and made it super easy for customers to pick a mentor that fit them. Jobs in tech vary from engineering to product management and everything in between.

Exponent wants to be the first point of contact for job seekers and then follow them throughout their entire process. Some mentors are experts in salary negotiation, and others have spent their careers interviewing potential candidates. They’re constantly adding new mentors and experts.

Stephen explains, “Exponent takes a practice-based learning approach, which we’ve found to be far more helpful than existing methods. Also, candidates could practice on our library of sample questions that didn’t exist online. We created content that covered the whole funnel, from the structure of an interview to frameworks for answers to how you should conduct yourself. We have behavioral, analytical, design, and technical questions.”

When to Charge and When to Give

A lot of the material is available for free. Although Exponent is a business (and a profitable one at that), its goal is to help as many people as possible. After uploading tons of free content, Youtube became an Exponent sales funnel. Jacob describes the process: “We started experimenting with recording example answers to product management questions. At first, it was mostly a way to engage users who weren’t in our course and still provide valuable online content.”

Today, the cofounders are partnering with top-tier MBA programs to create new and unique content and offerings. This is very much a WIP, and at six figures ARR, we’d say that’s a pretty great start. But the most full circle moment? “One of our clients was hired as an associate product manager at LinkedIn and a year later, we hired him to the Exponent team.”