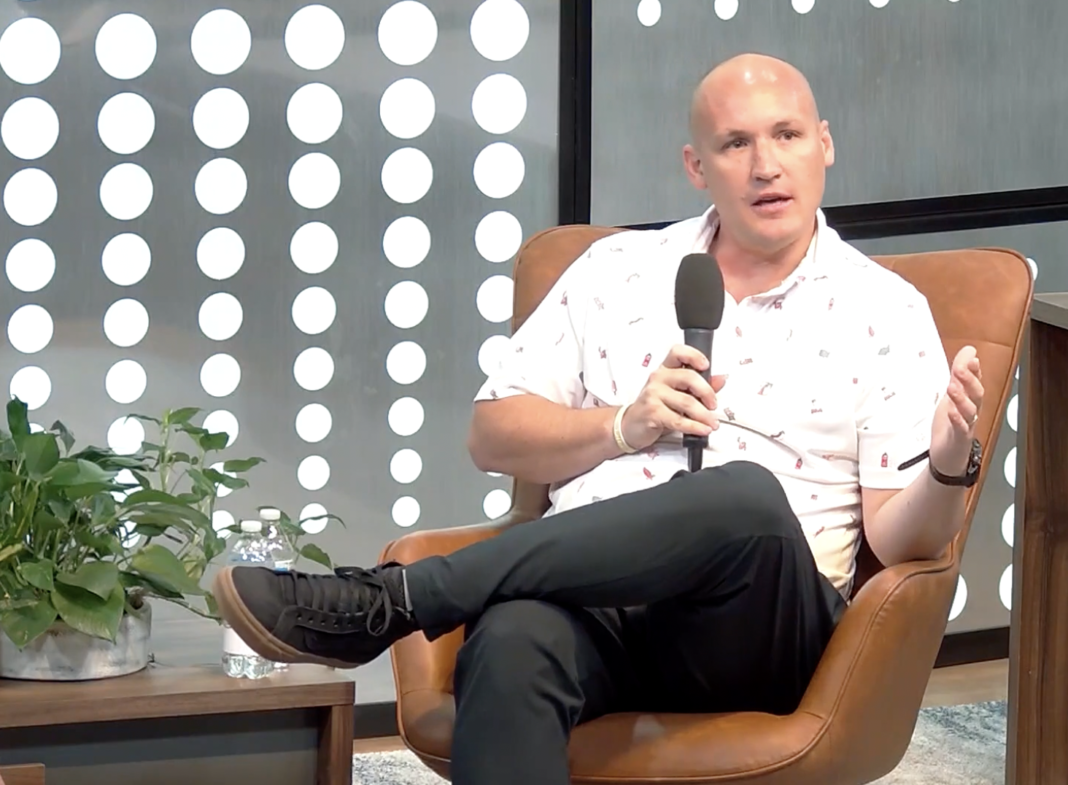 It’s a tough time to be in the service industry. How often do you hear or read about an angry customer (perhaps an influencer) who enlists their friends to spam one-star reviews of a restaurant they didn’t like? Hospitality is already at breaking point with Covid, lockdowns, and staff retention. And now it has to contend with nefarious one-star reviews. It’s a nightmare, and Landon Taylor, founder of Best Company, wanted to do something about it.

Many review platforms feature customers who have been paid to leave inauthentic reviews1. With very little oversight, it’s nearly impossible for potential customers to know the truth. The difference between four stars and five could mean a sold-out restaurant or empty chairs at empty tables (with my apologies to Les Miserables).

Best Company, on the other hand, is a review site that verifies reviews and rejects financial incentives. When Landon started the business, he rejected a million-dollar offer from a potential customer who wanted to bump their company to the top of the queue without earning their place. He didn’t flinch. That is an absolute commitment to the cause.

Landon didn’t intend to start a review site. He owned a creative marketing agency but had an inkling he would end up in SaaS. He loved the idea of building a platform that could provide value to its users, no matter the industry, and seeing how broken most review sites were, he thought he could fix the model.

Reviews Are Too Often Pay to Play

A few years ago, Landon was managing the marketing for some brands having difficulty managing their online reputations. Landon explains, “A lot of review sites were holding brands ransom. It felt like a coercive exercise.” Landon researched the reviews market to understand what was going on. What did his clients need to do to salvage their good names?

Landon learned that the more money you paid the review sites for advertising, the likelier a potential customer would find you in a search. If you enter “best burgers” into a review site and set your current location, you have to scroll past several sponsored listings before getting to the customer favorites. “Consumers should have confidence in the reviews that they’re reading from these companies,” Landon says. “The little guys doing the good work were pushed to the sidelines.”

The more Landon dug, the more disheartened he became. “Our competition is garbage.” He decided to build a transparent and trusted platform for consumers. But how does one start a competing site in a market saturated with some heavy players?

Going Up Against the Establishment

Landon decided he wouldn’t let money dissuade him from telling the truth. A noble idea, but would it be profitable? Unlike its competition, Best Company didn’t have the cash to run big campaigns to spread the word. Ultimately, he just had to build the platform and lead by example.

Landon obtained an SBA loan and reinvested his agency’s profits to get Best Company off the ground. Landon acknowledges: “We could have just raked in the dough and had a good lifestyle. Instead, we took every dime from that and put it into our new business. We parlayed the capital.”

To compete, Best Company would need to appear at or near the top of search engine results pages (SERPs). But other review sites already had an enormous lead on SEO, so Landon couldn’t assume “best fridge repair service” would bring his startup to the top of the page. He would have much more success attracting customers searching for companies by name.

If you’re a homeowner, you’ve experienced a knock at your front door soliciting business from pest control companies and landscapers. While the person may seem nice, you’re dubious because you know nothing about the person. But with Best Company, you can search the company by name and immediately get information.

How does Best Company make money? The revenue model is twofold. If a website visitor clicks or calls a company, Best Company earns a referral commission. But whether companies pay per click or not, it doesn’t impact their ranking or score. And on the SaaS side, Best Company charges a monthly fee to help its clients enhance their profiles through marketing tools.

Let’s say that a fridge repair company is ranked highly on Best Company. That company can pay an annual subscription for help with sales and marketing collateral to land more clients. But more than that, Best Company helps their customers form a direct link between someone leaving a review and referring to their friends. “They’re already in the spirit of sharing this experience and it’s really about systemizing the word-of-mouth marketing motion.”

Navigating Early Struggles to End Up on Top

It took some time for Best Company to build momentum. It relied too much on the creative agency’s profits for its survival, and occasionally, the coffers ran dry. “Some things just hit the fan and went sideways. The agency was going through some fourth-quarter struggles.” But Landon had to keep Best Company alive. “At one point, I took out a Home Equity Line of Credit (HELOC) on my home. If my wife reads this, she’s going to kill me.”

Not all happy customers leave reviews. It’s just a fact of life. People are extremely busy and being pulled in a million directions. How often have you waited an ungodly amount of time to speak to someone on the phone only to be told to “hold for a brief survey?” Landon solves this problem with SMS and email marketing, connecting with customers immediately after they buy.

The business has grown substantially since then, generating over $20 million in annual revenue. Thankfully, Landon has repaid his HELOC and is now focusing on adding more features to Best Company’s SaaS portion of the business. It currently brings in one million dollars – exactly the amount of money Landon turned down from that potential customer way back when. Talk about full circle.