What Do You Do When a Brutal Job Market Rejects You? Build a Six-Figure Business That Fights Back, Says Nikita 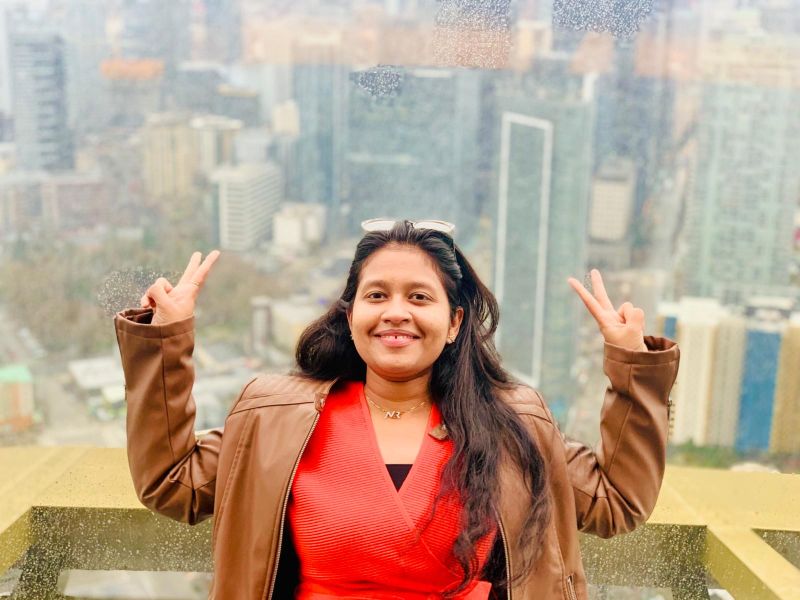 Very few people get excited about job hunting. It’s a necessary evil, like moving or dating. No matter how prepared you are, you’re almost guaranteed to encounter challenges you couldn’t anticipate. And, unfortunately, as technology progresses, those roadblocks get harder and weirder.

Job seekers must navigate remote interview no-shows, company ghostings, and resume fatigue. Plus, add in that most jobs are inundated with applicants immediately after listing and it starts to feel like the system is rigged. Wouldn’t you want to call in the experts?

This is the story of how one idealistic networker created FAANGPath, a startup dedicated to helping talented people get hired at FAANG+ (Facebook, Apple, Amazon, Netflix, Google, and so on) companies.

Nikita Gupta knew the job struggle firsthand. When she moved from Singapore to the United States during peak pandemic, she faced immense frustration. She started researching job hunting skills to fill her time as she waited for her work permit to arrive. She figured the runway would give her time to land the perfect opportunity.

Nikita could not predict that those months immersed in job hunting would highlight a broken system and dejected individuals sharing missives about failed opportunities and drawn-out processes. Could she do anything to change it?

Officially, Nikita is a technical recruiter but never anticipated that job title as a fresh college grad. A background in computer science and an advanced degree in business analytics meant that she was familiar with the job market as a software engineer and then later as a business analyst. When she landed in America, she looked for tech jobs across a spectrum based on her qualifications. But nothing felt like the right fit.

A Barrage of Negativity

Scouring LinkedIn, Nikita was drawn to people’s transparency and vulnerability, a mixture of good and bad, uplifting and depressing. She began to share her thoughts on the job-seeking experience. It wasn’t until she made it through seven rounds of interviews at a company only to be ghosted by the hiring manager that she decided technical recruiting was her calling (more on that later).

Nikita shifted her focus exclusively to jobs in technical recruiting. As she continued the application process, she began to experience more and more adversity as a woman in tech. She was competing against a homogeneous pool – as a female immigrant no less. According to Mckinsey, half of the graduates of STEM programs are women but they only account for 20 percent of the workforce.

Nikita had a knack for writing impactful resumes. Maybe she could help others as she applied for her own opportunities? She put out a call to her community (all of that time online meant she had amassed quite an audience) and over fifty people sought her help. But the problem with people accepting free services is that there is no buy-in. Nikita spent loads of personal time fine-tuning resumes, but she seldom received feedback or follow-up. She then decided to charge a small fee that would include two rounds of feedback.

She posted on a Facebook group for jobseekers since she was an active member. It was a way to see if there was any demand for her services without too much commitment. Or so Nikita thought. She attached a link to a Google Form to gauge interest. Nikita also included a free Youtube webinar link. And then she waited. She was not expecting 800 people to fill out the form. And four hundred people attended the webinar.

Nikita was blown away by people’s responses. But it gets even better. In the very first hour of the webinar, 67 people signed up for a $49 personalized resume review with a one-week turnaround. “I realized that this is a major need. I saw how many people were struggling, looking for jobs, and needed my help. I had an idea, but this data confirmed my suspicions.”

Since Nikita didn’t predict the overwhelmingly positive response, the turnaround time nearly killed her. It was a week of early wake-ups and late nights. “It was an intense time and if I knew that many people would have signed up, I wouldn’t have given a deadline of one week. That’s crazy!”

The beauty of 67 satisfied customers (“Not one complaint,” according to Nikita) was that they told their friends about FAANGPath and word of mouth kept the business busy. Nikita built a website and established an LLC, reaching out to friends in tech to serve as mentors.

All the while, Nikita continued to grow her community on social media, amassing over 100,000 followers on LinkedIn and over 60,000 Instagram followers.

Nikita wondered if the end of the pandemic would slow business down. “I thought Covid would go away and everything would return to normal. Would fewer people come to us? But no, that’s not what happened at all.” People are as uncertain about their careers as ever.

If people can’t afford any of the services, Nikita still wants to help them. “FAANGPath puts out a lot of free resources. We have blogs and video content and valuable tips on social media.” It’s all part of Nikita’s urge to better people’s job searches in any way possible. She knows what it feels like to face rejection despite qualifications and advanced degrees. “I faced rejection a lot and had to figure out what I was doing incorrectly. Because companies don’t tell you why they don’t reject you. If you’re lucky, you get a form email and that’s it.”

But, there’s another reason why Nikita and her team are such popular resources. They live and breathe tech, and Nikita has the bonus of being a bona fide tech recruiter. “You won’t believe how many candidates ghost me or cancel an interview the morning of. It goes both ways. I see it from both sides.”

A Ghosting and a Reckoning

Nikita can’t forget her most horrid rejection of all time. It was for a big company that shall not be named, but let’s call it Voldemort. Nikita completed six separate interviews and the seventh round was a presentation. She confidently prepared a presentation and handled the situation with poise and confidence. Having come so far, she expected an offer soon afterward.

But job searches come with no guarantees and Nikita learned that the hard way. The job offer never came and the company didn’t even bother to tell her. Days passed and she didn’t hear a peep. She wrote them a strongly worded letter that told them that if they didn’t respond with any sort of status update, she would share the experience with her followers. Finally, Voldemort was scared enough to break up with Nikita. And she had to do all of that for a rejection!

FAANGPath helps job seekers find the confidence that Nikita harnessed after her ghosted seven-round interview debacle. “I want candidates to understand not to take rejection personally, but to learn from it. Lots of candidates come to me and tell me ‘I don’t know why I’m getting rejected. I did everything right. And they keep going in the same feedback loop. But FAANGPath helps them figure out what is and isn’t working.”

Nikita can keep her costs lean because she employs a team in India, where she is from. Her entire team is remote, from the mentors to the marketing team. Nikita still plays a hands-on role, even though she’s navigating a full-time job at Uber and a family. She just doesn’t need that much sleep. “People always ask me how I do it all but I tell them that I’m so used to working this hard, that if I didn’t, I would feel incomplete. Sometimes I feel overwhelmed but I try to lean on my team.”

Her six-figure side project continues to help people as the recession looms and layoffs dominate LinkedIn feeds. Nikita wants to turn the negativity around and offer tips to help even the weariest job seeker. She wants people to focus less on crying CEOs and more on securing successful futures sans viral memes. It is possible with the right help.